Horsforth Harriers was established in 1985 following a chance meeting between runners and old friends Gordon Little and John Holmes. After a chat about their running goals, the pair decided to place an advertisement in the Wharfe Valley Times seeking other runners who would be interested in joining a running club in Horsforth. A week or so later the ten potential new club members set out for their first run.

The club has grown from that initial few to over 250 members in the past 30 years. A few of the original members still remain and founder member Gordon Little has been Chairman of the club since 1993.

Horsforth Harriers is widely regarded in the running community as the friendliest running club in North West Leeds. It remains a club that welcomes experienced runners, as well as new runners starting out and seeking the encouragement and support of fellow runners.

Horsforth Harriers is primarily a road running club and members take part in races from 5K through to marathon, ultra and beyond. Members also take part in cross country, fell and trail races. The club participates in two cross country leagues during the winter months, as well as sending runners to regional and national championships. The club does not consider itself to be an “elite” club and there is no compulsion for members to take part in races or events.

The club was one of six in Leeds to establish an Absolute Beginners Group as part of the Run Leeds initiative. The aim of this was to encourage those who had never tried running or those new to exercise in general to have the confidence to join a running club.

The more experienced runner will also find much to inspire them at Horsforth Harriers. The club’s faster runners are constantly striving for improvement and pushing themselves to the limit in races at local, national and international levels. The club has a rich history of race victories in both team and individual categories throughout the three decades since its inception.

Club Chairman Gordon Little said: “People who join us seem to stay with us proving that as a club we must be doing something right. My motto for the club has always been 50% running and 50% social, and long may that continue to be so”.

Horsforth Harriers welcomes runners old and new every Tuesday at 7.00pm, The Bar, Leeds Trinity University, Brownberrie Lane, Horsforth, LS18 5HD. Anyone who is new to running and would like to find out more about joining the Absolute Beginners Group can contact the group leaders. Hilary Wharam hilsrun1@talktalk.net or Jamie Stewart jamie.stewart80@googlemail.com. 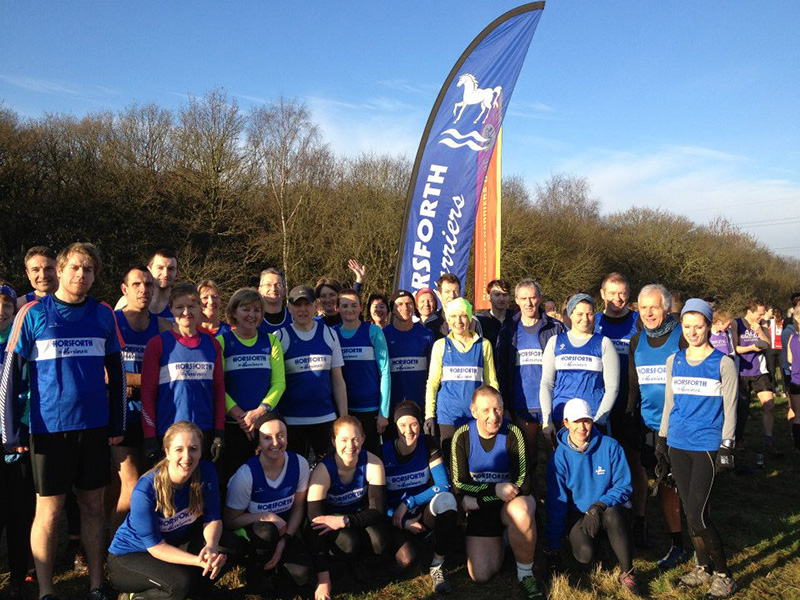 Find out how you can join Horsforth Harriers