This race is billed as the “Marathon with Mountains” as it takes runners 23.3 miles over the summits of Pen-y-ghent, Whernside and Ingleborough with 5,279ft of ascent and descent. Four Harriers completed the gruelling course this year. Neal Edmondson was first home in 03:52:58 followed by Nathan Crossley 04:11:12, Garth De Roux 04:47:24 and Tim Knighton 05:27:07. 670 finished.
Main image: Left to right: Tim Knighton, Garth De Roux & Nathan Crossley at Three Peaks Fell Race 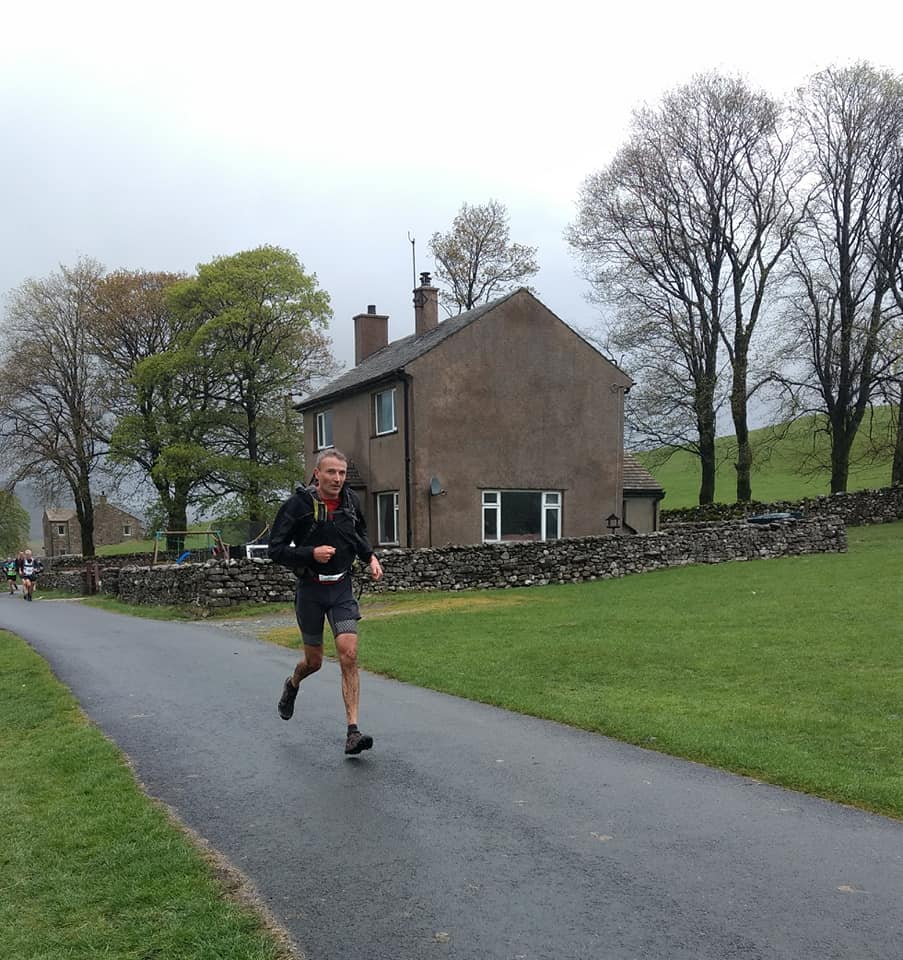 The London Marathon was first run on 29th March 1981 and has been held in the spring of every year since. More than 40,000 runners completed the tough 26.2-mile race, in what was a record-breaking year for applications.

Kenya’s Brigid Kosgei won the women’s race with compatriot Vivian Cheruiyot coming in second – a role reversal from last year when she beat Kosgei to the crown. 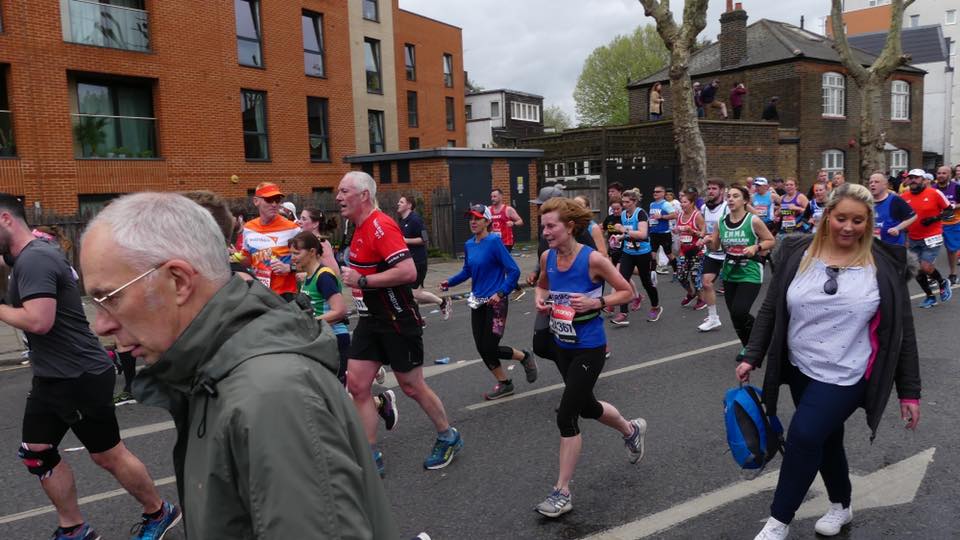 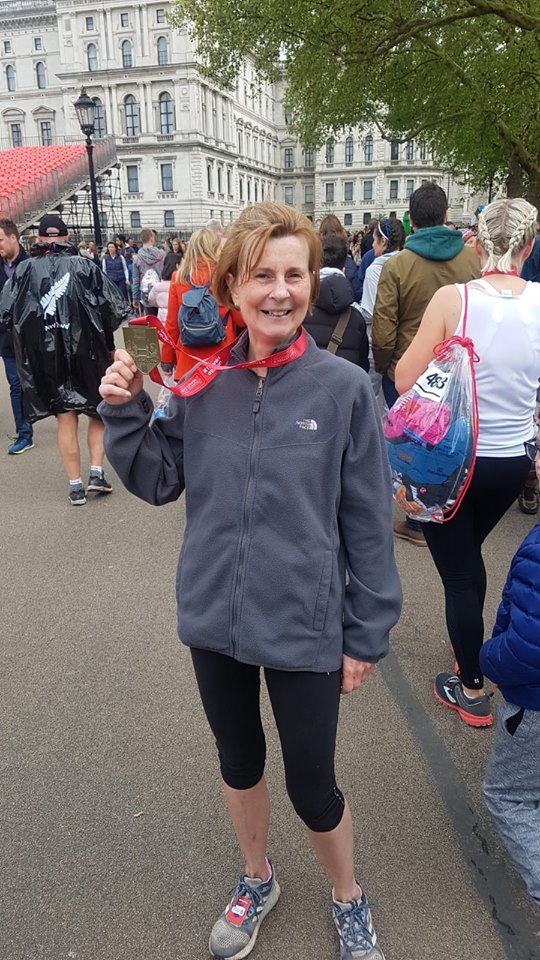 This marathon is a two-lap course and is very flat for the PB chasers. As always, the event is run on Blackpool’s Promenade passing all the great landmarks and tourist spots. Two Harriers took part this year. Victoria Brides finished in 04:37:48. Unfortunately Helen Agar was a DNF after feeling unwell during the race. We hope you make a quick recovery Helen and are not too disappointed. 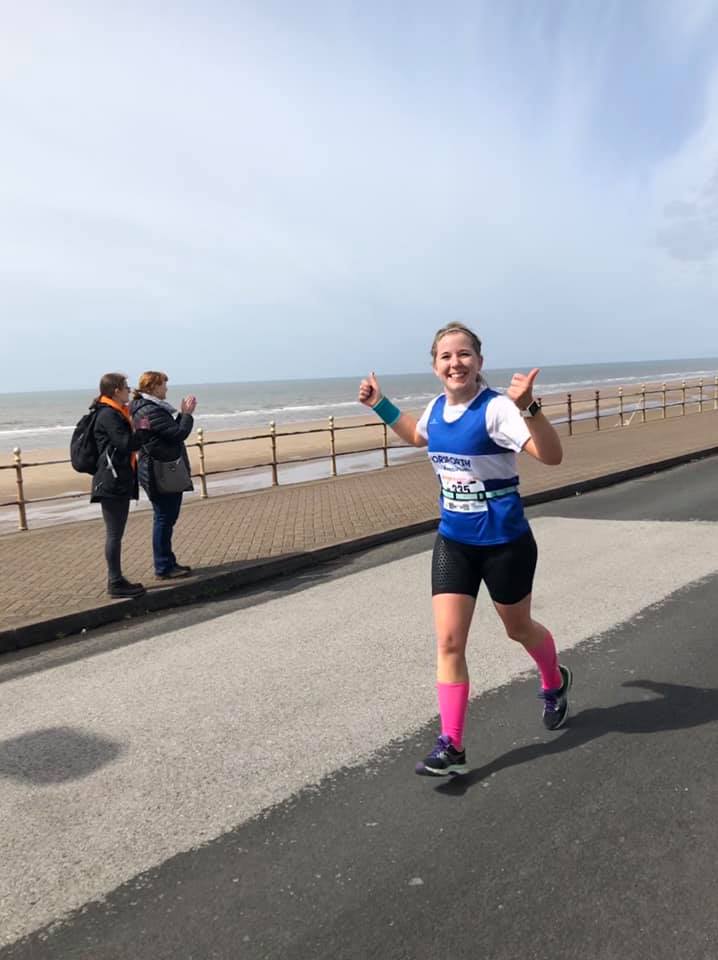 Victoria Brides is all smiles at Blackpool Marathon