The Humber Bridge 10K road race is organised by the City of Hull Athletic Club. It starts from Hessle Rugby Club on the north bank of the Humber estuary, proceeds through the streets for almost 2 km before joining the East pathway of the Humber Bridge. After reaching the far end at Barton, the route then switches to the West pathway for the return leg, and retraces the road route back, to finish at the rugby club. Three Harriers took part in this year’s race. Angela Johnson was first Harrier home in 56:48, winning a category prize of 1st FV65+. Philip Ramsden finished in 57:11 and Carol Ramsden in 58:14 (2nd FV60).
Main image credit: Carol Ramsden at Humber Bridge 10K 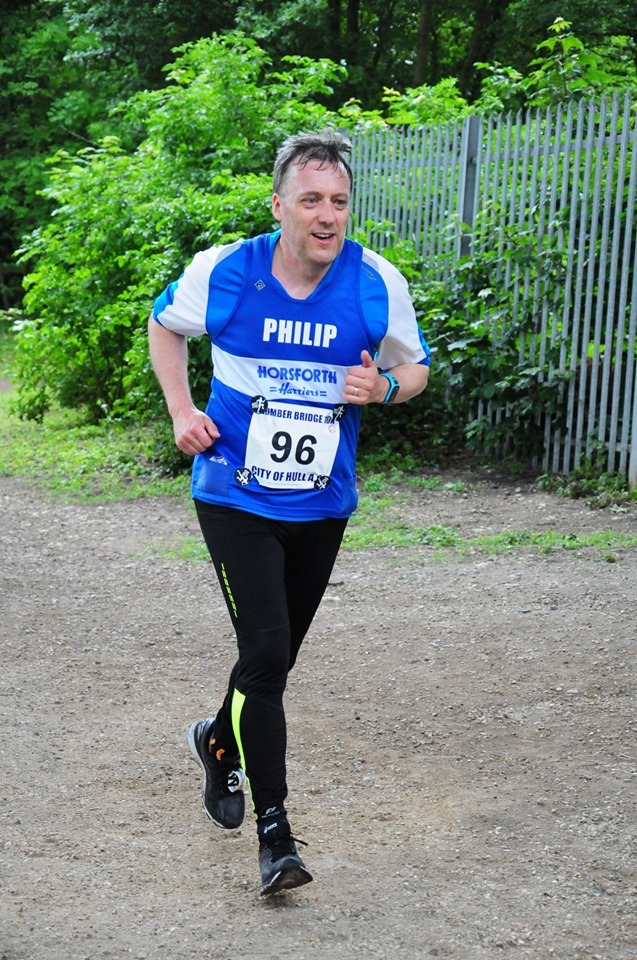 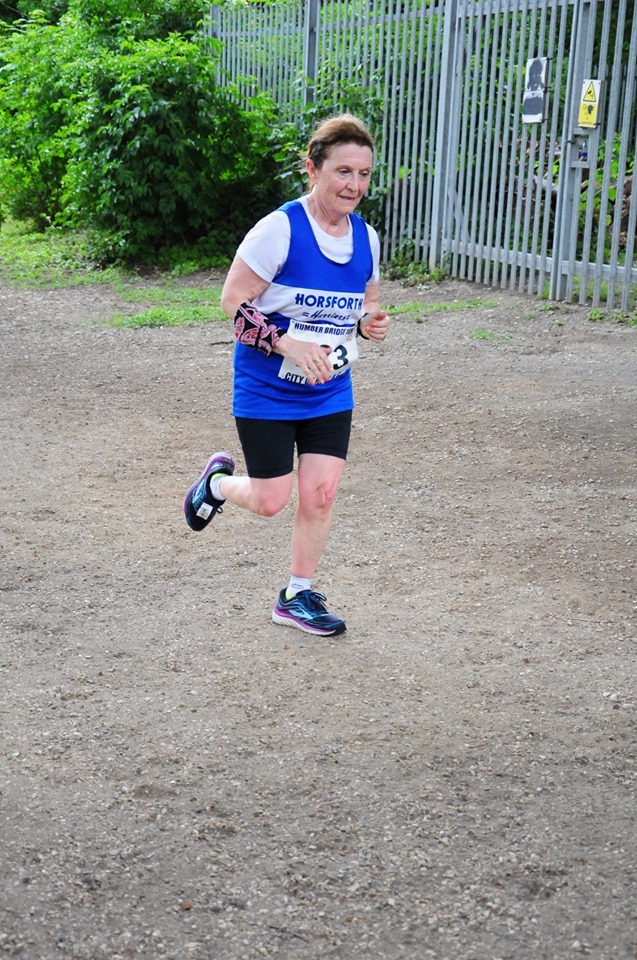 The Ilkley Harriers Trail Race made its inaugural appearance on the race calendar in 2008. The 6.9 mile out-and-back route takes in tracks through woodland, fields and moors, interspersed with some short road sections. Virtually all of the climb is on the way out, but runners are reinvigorated by the views over the Wharfe Valley and across to Ilkley Moor when they hit the moorland on the top, for a very fast second half of the race. First Harrier home was Philip Boynton (4th place) in 42.41. He was followed by: Aiveen Smith 49.38, Paul Beal 59.23 and Victoria Brides 1:09.00. 214 finished. 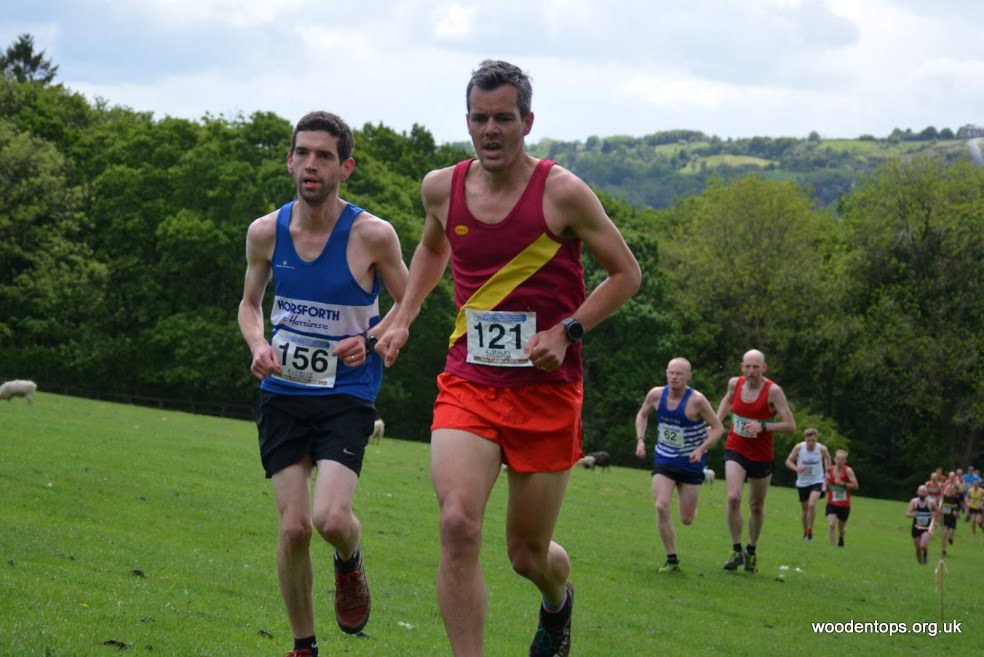 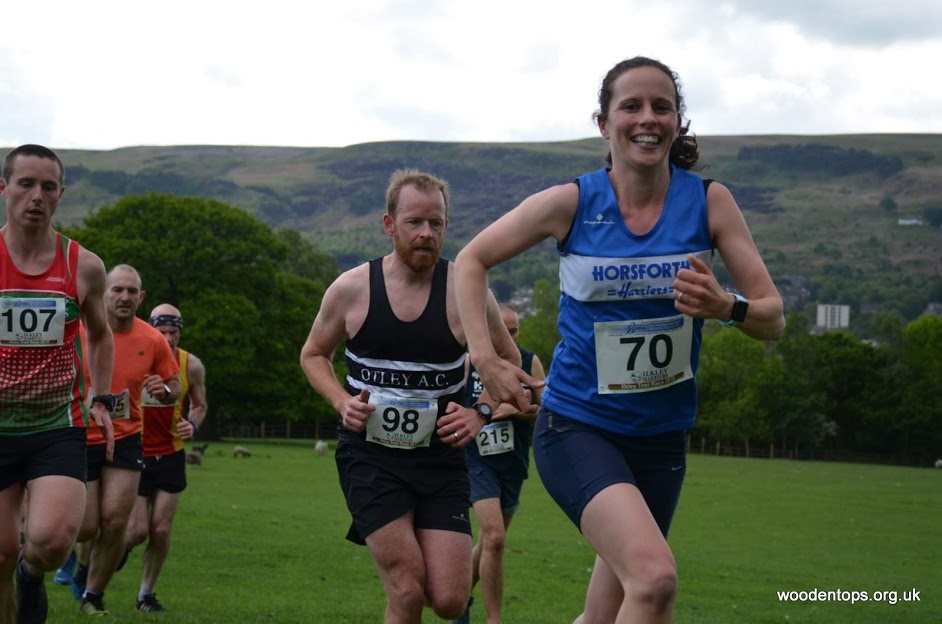