Organised by the lovely folks at ‘It’s Grim Up North Running’, runners could choose from 5K, 10K, Half Marathon, 20-Mile and Marathon distances along the Leeds-Liverpool Canal at Saltaire. Harriers results were as follows: 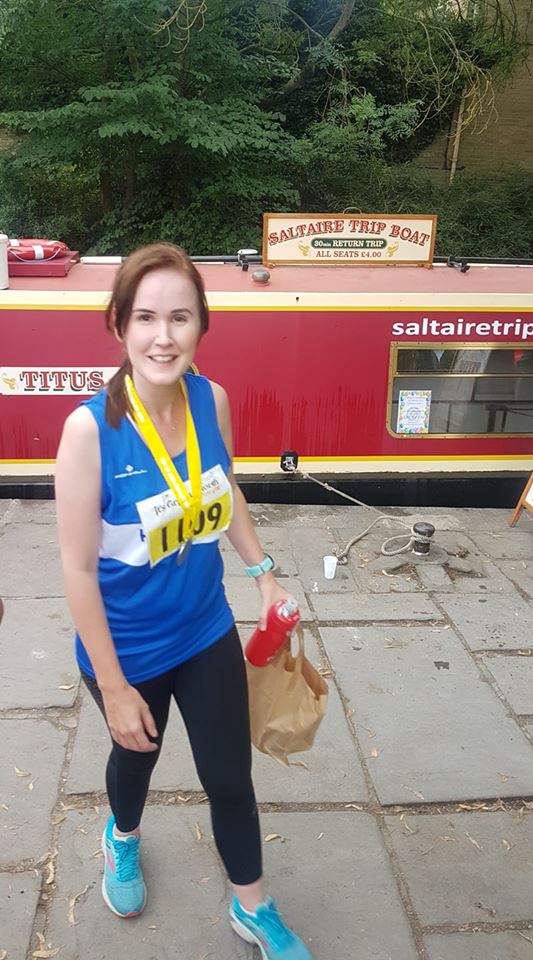 The doddle is a challenge walk that revives the Harden Hard’un. It follows almost the same 27-mile route but starts and finishes in the village of Denholme three miles from Harden and seven miles west of Bradford.   Half of the route is on open moorland with outstanding views.   It passes Top Withins (Wuthering Heights) and other well-known beauty spots in the Bronte Country.  Walkers and runners are welcome. Walking distances are 27 miles, 21 miles or 17 miles.  The time limit for all distances is 11.5 hours. Hilary Wharam finished in 10:03:00.

A classic up and down race from Ingleton to the top of Ingleborough. This race is held annually as part of the Ingleton Gala. The 11km/6.8-mile race sets off from the Community Centre Sports Field and climbs to 600m/1968ft. Tim Knighton was the only Harrier taking part this year, completing the race in 1:16:58. 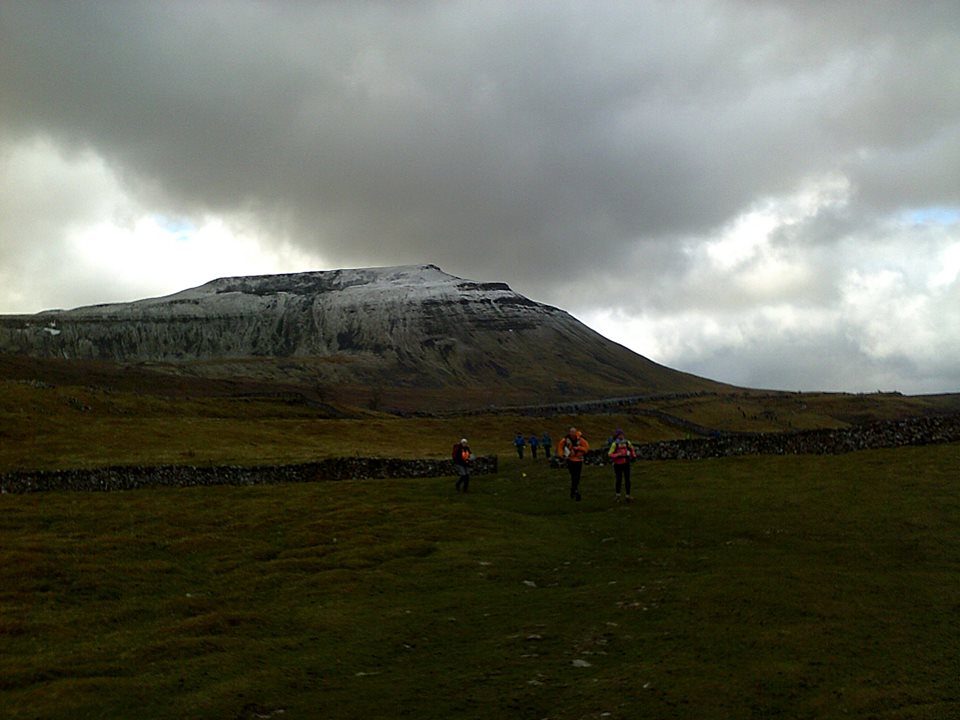 The 10th edition of the 24h Conti Thunder Run was held on the weekend of 21st & 22nd July 2018 at its regular venue Catton Park, Walton on Trent.

Conti Thunder Run is an off-road relay race against the clock. The event, already tough and mentally challenging in good conditions, was made all the harder by torrential rain, but it was an experience not to be missed.

One team member must be on the course at all times during the 24hrs. Runners must complete one full 10km lap before changing over with a team mate but may run 2, 3 or more laps at a time before changeover. The team with the most laps completed when the clock stops after 24hrs will win.

This route is approximately 10k on public footpaths around Bingley and St Ives Estate. The race is held as part of the Bingley Agricultural Show. Just one Harrier took part this year. Vicky Brides finished in 1:15:35. 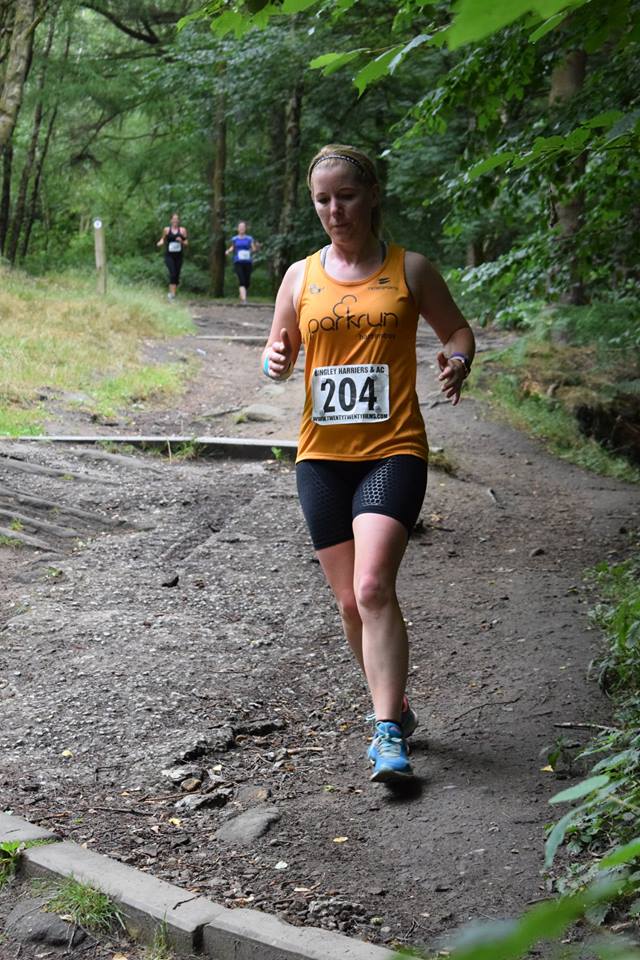 This ultimate British run festival was held in Preston, Lancashire. Runners could choose from 5k, 5mile, half marathon, marathon and ultra marathon race distances on this lapped road course. Runners could enter any race any day for 1 or all 7 days. All events were chip timed and official UKA events. Hilary Wharam took part in the marathon on day 7 – completing the course in 6:57:35. This was the day after completing the Denholme Doddle – a 27 mile off-road marathon across picturesque Bradford moorland. There’s no stopping our Hils!

Formerly known as the Saltaire Shaker, this race was named as a tribute to the late Arthur James who encouraged and inspired many a local runner to “RUN BECAUSE YOU CAN”. The route which starts next to the picturesque Roberts Park is a 12.8 km (approx. 8 miles) loop, multi terrain, following sections of the Leeds – Liverpool canal towpath but with an undulating woodland section. Two Harriers took part this year. Steve Wood finished in 1:08:32 and Natalie Wood in 1:09:03. 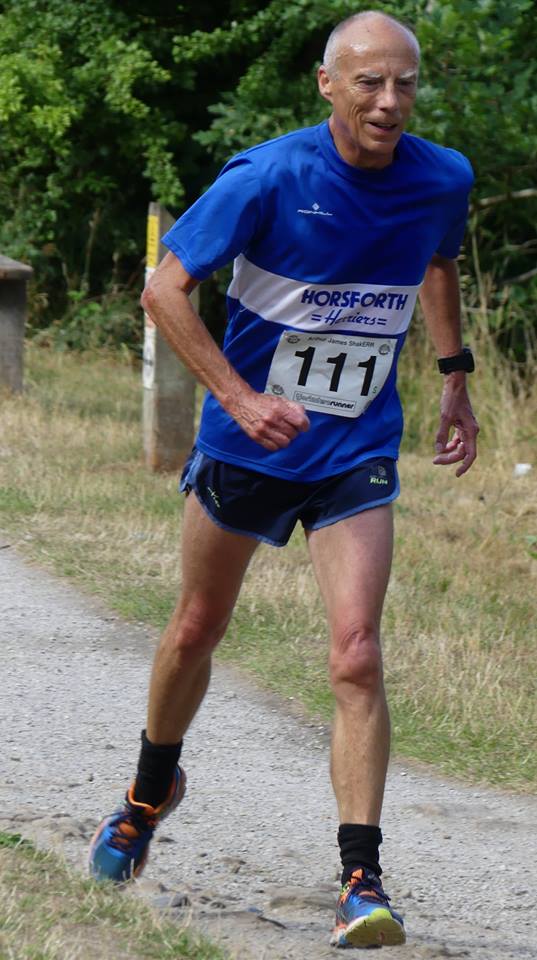 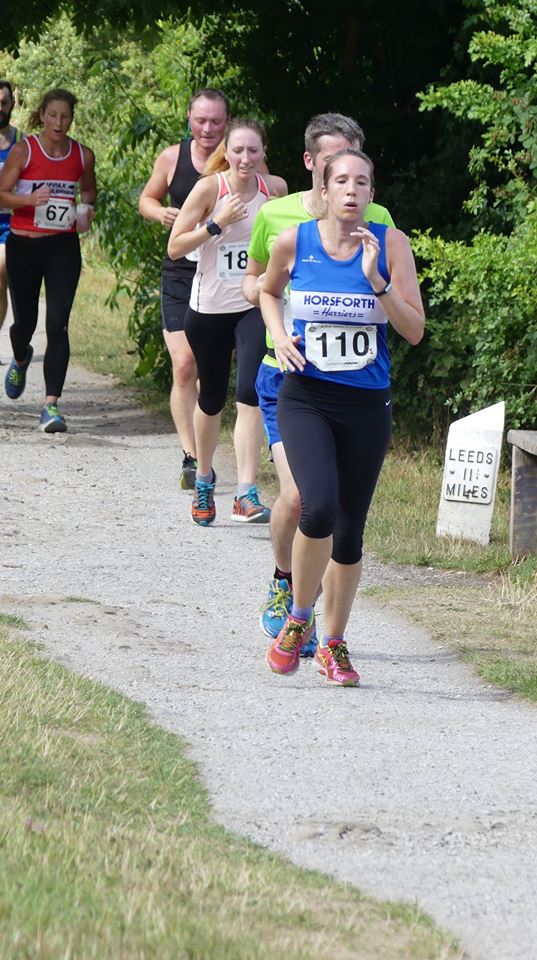