The last weekend of June/first weekend of July, I took part in Endure24, as part of a team with five other Harriers. Described as ‘Glastonbury for runners’, the weekend is about so much more than running – there’s music, 24 hour catering, camping, pretty lights, a fire pit at night, and so much camaraderie between the runners. You can even take your family and friends with you for the weekend (even if they’re not running). There are currently two Endure24 events in the uk, one at Bramham Park in Leeds (which I went to), and one in Reading a few weeks earlier. Camping is included for the whole weekend, from the Friday morning, however we popped over on the Friday evening to put up our tents and claim our spot, then went home to sleep in our proper beds before returning the next morning. We had our large harriers tent as well, which gave us somewhere to store the vast amounts of food and set up a table, and we were also able to attach an awning so we could sit in the shade. We had a radio for a bit of music, plenty of snacks, and those all important foam rollers (which I definitely didn’t use enough!). The ‘race’ set off at 12:00 on the Saturday. The route is a five mile loop, on path, track and through woods and fields, and the idea is to do as many laps as you can/want to do within 24 hours. When running as a team, the only rules are that everyone must run at least one lap, and only one of you can be on the course at any one time. There’s a changeover area for tagging each other in/out, and a wristband to hand over.

We had determined a running order on the Friday evening, I was to be fifth of six. We all headed over to the start area just before 12:00 to see the first runners set off, then headed back over to our tent area to relax and pass some time before our laps rolled around. I knew I’d have a bit of time to wait, so I’d brought some lunch to have before my first lap. 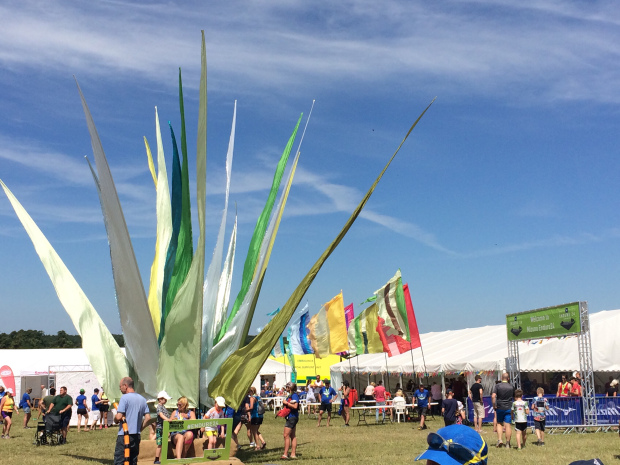 It was a super hot weekend. I started my first lap just before 3pm. I had smothered myself in suncream and on the advice of our first runners, took some water with me. It wasn’t just the heat, it was the dust from the trails being so dry that meant it was thirsty work.

The first lap was possibly the hardest, due solely to the heat. Once I’d got going, I fell into a bit of a rhythm, and especially in the shade the run was quite pleasant. In the blazing sunshine it was awful!

The route started off along a grassy field, then turned onto a dirt path and then into some woods. It continued through the woods, then back onto dirt paths or occasionally a proper path, with the odd bit of open field thrown in for good measure. The route was nicely undulating, with no big, horrible steep hills, but enough variation to keep the race route interesting. By the time I did my first lap, the masses of people had spread out so it was quite pleasant running along, as there were people around but it wasn’t too packed.

I did four laps in all. My first one was hot. The second was about 7pm, and although it hadn’t cooled down a lot, more of the route was shaded over which made running a lot nicer!

My third lap started at about 11:20pm, and as I was running about 42-45 minute laps, this meant I was out running at midnight which was pretty cool. It was a lot cooler this time and I had to wear a headtorch since it was dark. 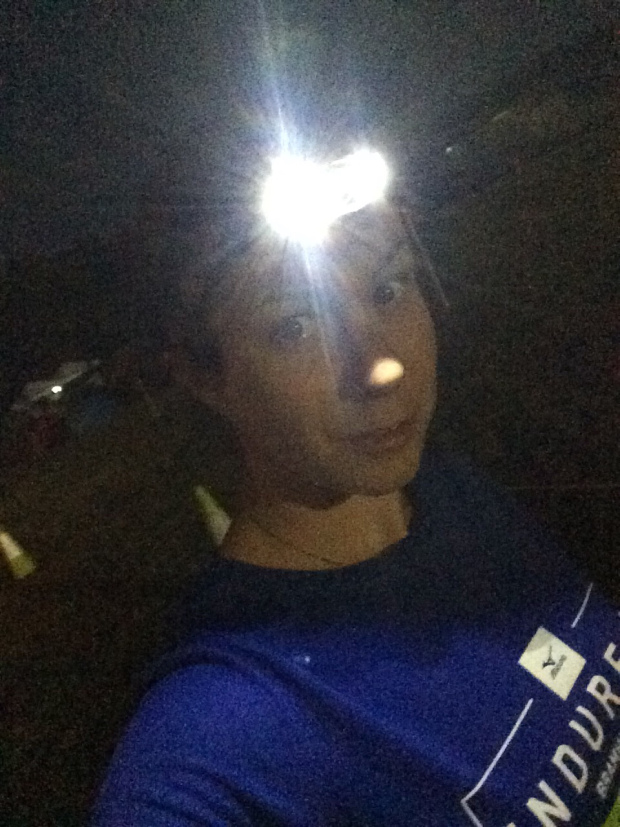 I find running with a headtorch hard as I’m far less sure of my footing. I did enjoy it though, it was a new experience. My final lap was around 3:45am, so I got the sunrise/dawn breaking lap as well which was really cool. There was a mist hanging just above the fields, and it made for a stunning setting and spooky atmosphere. I still had the headtorch with me this lap but didn’t need it.

Between laps two and three, and three and four, I tried to get some sleep, but in reality I probably dozed for a total of about 30 minutes! We did cook some sausages and had sausage sandwiches in the evening, but otherwise I pretty much lived off flapjack, cookies and crisps. Healthy.

Something I definitely should have done more of was cooling down and stretching. Between us we had several mats and foam rollers so there was no excuse, and with the stopping and starting I really needed it. However, I was pretty rubbish at doing it and my left leg really started to hurt on the final lap. I would have done a fifth lap, but I was worried I’d end up injured. I did go for a 15 minute sports massage which helped, but I reluctantly decided to be sensible and handed in my timing chip, swapping it for a medal. 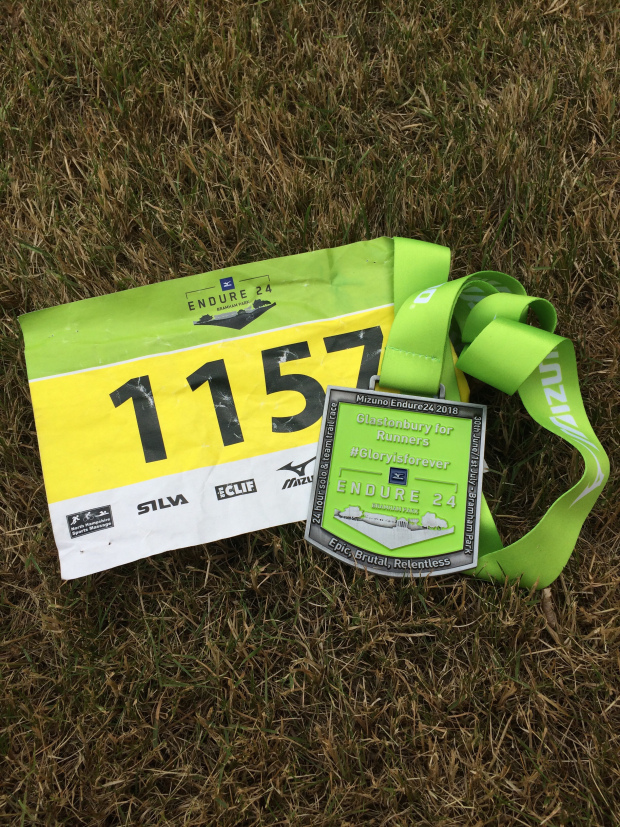 As a team we managed 33 laps, or 165 miles. We can 14th of 83 in the large mixed teams category, which surprised us as we certainly hadn’t set out with any target in mind. I think most, if not all of us will be back next year, along with plenty others from our club who’ve been convinced by our high praise of the event. 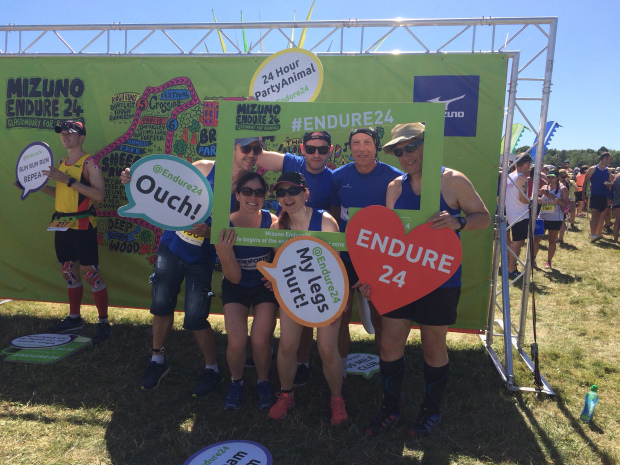 Once I got home I ate, bathed, slept, then ordered pizza. I couldn’t move without everything hurting – but by Monday morning I was fine again. I think the massage must have done the trick.

The decision now is not whether to enter Endure24 next year, but whether I want to attempt it solo…