Running towards health and happiness

Home/Running towards health and happiness

Like most runners, being injured has been a massive deal.  When the injury first happened it was like the rug had been pulled from under feet.  It’s great to have a passion for something like running but what was worrying was that I couldn’t see beyond not being able to run.  Over time, and without me really noticing, running had changed from being something I simply enjoyed to being my go-to solution to absolutely everything and had kept me (almost) sane for a number of months.  I was totally dependent on the freedom, the escape, not to mention the endorphin high.  And because exercise and running is considered healthy, I’d been able to hide behind it without letting on that I was struggling.  It left me in a panic and was the main reason why I continued to try to run for another 8 weeks before I finally agreed to getting an MRI that diagnosed the stress fracture and corresponding RED-S.

Over the last few months I’ve got used to not running.  Those who ask me if I’m back running or when I’ll be back running will know that my face probably tells a slightly different story.  I can’t say I’m entirely happy about it but it’s started to feel like the new normal.  It’s also because the void it left has shrunk.  It’s only this week that I noticed that’s happened and how much more content I have been feeling.  I was really concentrating on trying to think about what I could do to fill the void.  But alongside this I have also been following advice on a bit of self-care and doing more things for me, and a really good RED-S recovery plan has now come together. There is still a way to go but in the meantime a little bit of emotional healing has taken place and it feels good.

I’ve been thinking a lot about what it is about running that I love.  In my head I know I just love it and nothing really compares.  Well-meaning friends have suggested swimming (no thanks to shivering in my swimming costume on the pool side), hot yoga (yes it means sweating but the pace is too slow for me), gym (yes, I’m genuinely enjoying it but I miss the outdoors more).  The point is that I have an answer to all of them.  The only one that comes close is cycling because it is most similar to running – fresh air, nature, where it can take you.

I’ve picked up on this need for a nature fix and through the winter months I have slowly been working through all my favourite running locations like Otley Chevin and Ilkely Moor.  The kids are getting used to being dragged out to yet another place, despite their protests and one of them announcing she would rather lick the toilet seat than go to the Chevin (she later admitted that she loved it).  And the answer every time is “yes, it does have a playground, it’s called the great outdoors”. 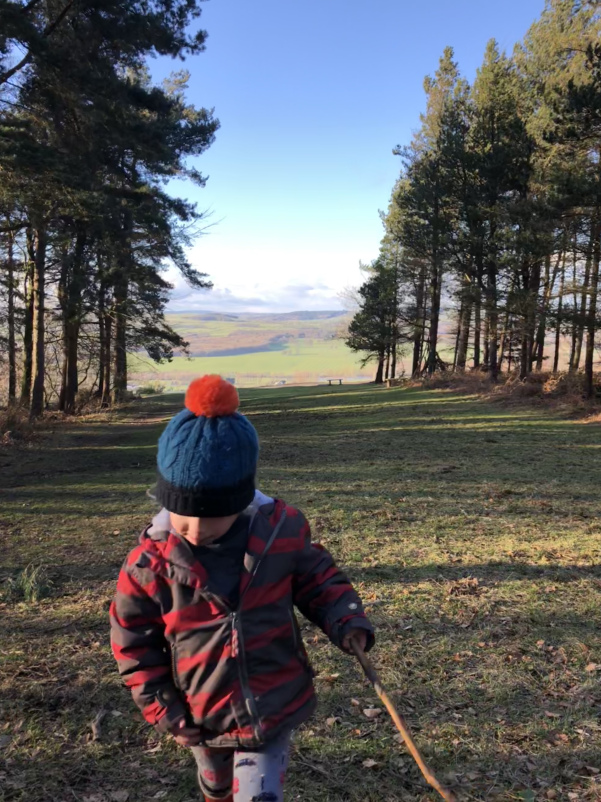 So these trips out have featured on my mental list of things I can draw on and there are plenty more such as spending time with friends.  But what I realised this week is that I should be doing these things anyway, because I enjoy them.  I don’t necessarily need to consciously fill the so-called void left by running.  Doing what I enjoy has naturally made that void a little smaller.   It has helped me to be less dependent on running as the fix for everything and the release of emotion.  So it’s about doing things that I enjoy and then not noticing the absence of running in the same way.  This feels like what the road back to healthy, happy running should be like. 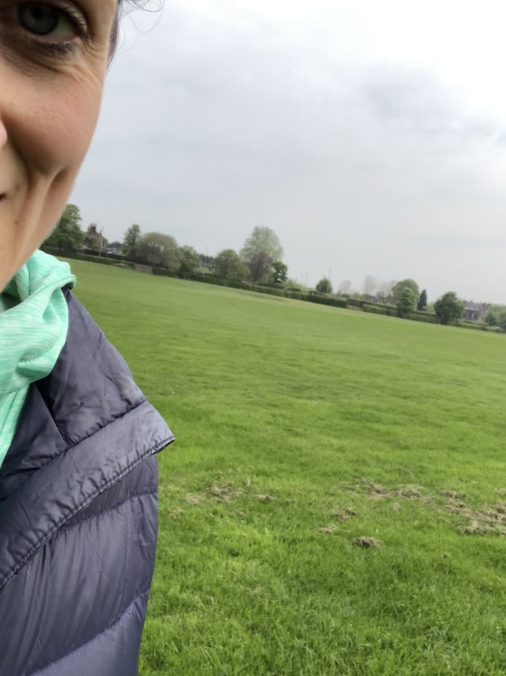 I’ve started to go for a few leg stretches (very short runs) in the last couple of weeks.  I’m reluctant to call it running yet, as it’s not the running I crave.  Real running for me is generally about freedom, escape, control and lack of boundaries.  This is very different.  I am following a structured plan and there is no room for manoeuvre in it.  And that’s the point.  It’s also a little test of how well I can follow the plan and how I feel about that.  And that when I feel like I may go off-plan or when I threaten to the burn the plan (which I have eluded to already), I let the safety nets kick in, ask for help and let people people help me through the tricky parts.  Nevertheless, my experience of running round a field has been amazing, even at only short bursts of 1-2 minutes.  I feel strong and happy and it reminds me of what I love about running.  I think running and I may be on our way to making friends again.  I’ll do my best to stick to my part of the deal and I know that running will be there for me too.  As another runner very helpfully said to me recently “running is always there waiting for you” and I think that’s the thing about running – it won’t give up on me.