I’ve been a Harrier for nearly 5 years, although I missed the best part of a year through injury.  I started running when I got divorced and moved to Rodley.  A friend at work got me started. She used to run to and from work and I thought that was amazing, I wanted to be like that.  After a chat while walking along the canal I bought my first running shoes.  Here I was, ready to be the new me, someone to be proud of, someone who could achieve things.

Fast forward a few weeks, as I followed the couch to five program, I sat by the canal enjoying a lovely spring evening, or would have but, my lungs were about to explode, my heart was racing, my head was spinning and my ears had popped – yes I had just run 5 minutes none stop.  It wasn’t a good look or feeling.  It was at this point I texted my friend enquiring when this would become enjoyable as she had promised me?

After a lot of sweat and almost (possibly actual) tears I completed the program.  The day I finished my first 5k none stop I think I felt as good as Phil Boynton must have felt winning the TNT twice, not that I knew him then, (and he hadn’t even won it once at this point) but I think our emotions would have been on a par, after all we had both achieved Yorkshire Athletic Greatness!!!!

Moving on, I had done my first 10k (more later), Mark A Smith told me he had joined a running club and suggested I should come along.  So, after a lot of inward and outward deliberation (easy when you live alone, but it can become complicated) I decided to go to a Tuesday training night.  I arrived only knowing Mark.  I asked a couple of people who to speak to.  One of them was Andrew Charles who, after a chat, pointed me in the direction of Debs. I was in Debs group!! (friend for ever). So off we set up hills, across fields and along off-road paths I didn’t know existed.  I managed to keep up with the group and as I walking back to my car through Hall Park another group approached.  Andrew was in the group and shouted “how did you get on Phil?” my reply was “loved it, see you next week”. I was buzzing because I had just run as part of a running club and somebody had remembered my name and it was the first time I had ran with other people. Starting to achieve for real. 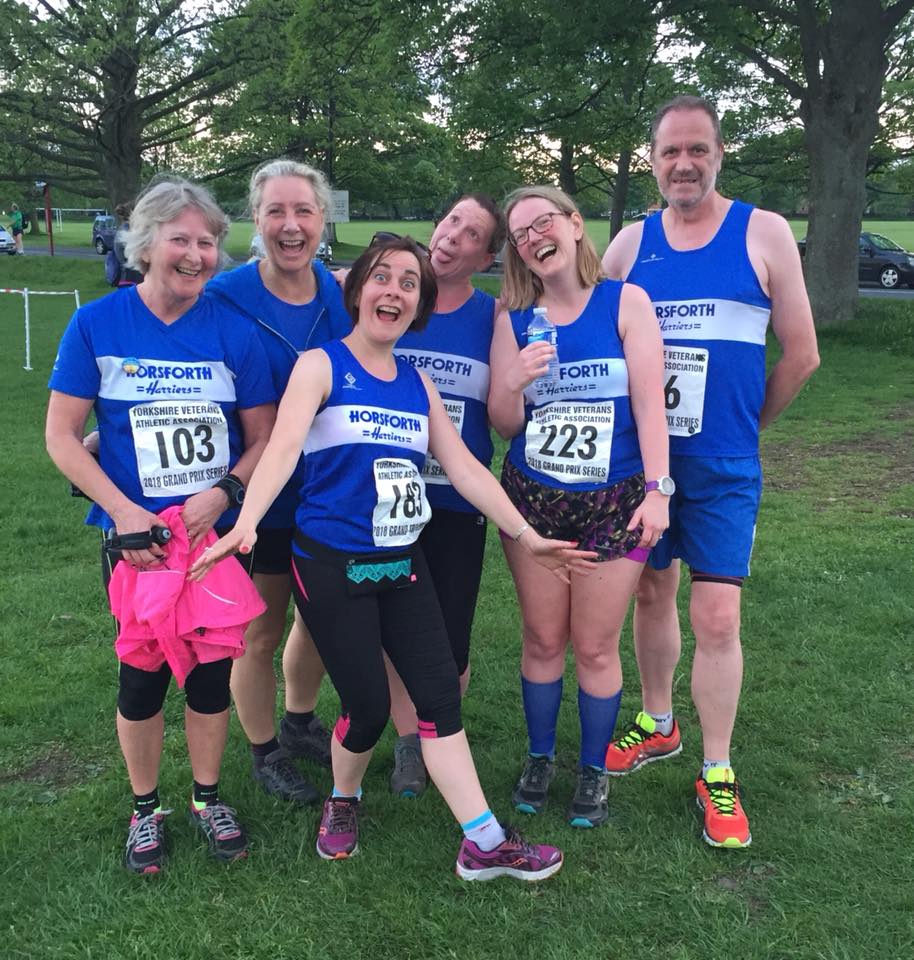 Having fun with fellow Harriers

I don’t get to the club as often as I should.  I ran in Cath’s group for quite a while, and would like to re-join them, but need to up my pace.  I’ve ran with Helen a couple of times running at the front (but not sure if that’s a help or a hindrance).   Have also ran with Jacqui’s group a couple of times, but as I mentioned I don’t get to club enough – New Year resolution……

We have a running crew from the club. We get together as often as we can for social runs and have entered relays together as well as the odd head torch run.  If it wasn’t for the Harriers we would never have met.  Having said that they left me on my own earlier in the year for Vale of York 10 and Leeds Half – where’s the crew spirit there?  You know who you are, and if the rest of you don’t they are Lisa Speed, Fiona Waterhouse and Nicola Barnett – left me for the lions!!!!  We started running socially through the Harriers and I think that is what the club should be about.  It’s not just about just training nights and races, but building relationships that can help each other through good times, injuries and hard times. 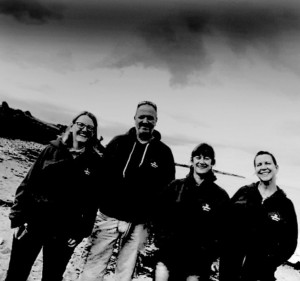 I also enjoy running with the parkrun Tourist Group.  I’d encourage everybody to get involved, you meet other Harriers you would not otherwise run with.  There’s a wide range of abilities and everybody is supportive of each other. The downside is that you may have to set aside extra time from your life for spread sheets, secret face book groups and meet that inner Geek you didn’t know existed.  Also, sometimes, on route, you listen to music you would normally avoid and realise that you were so right to avoid it in the first place.  I have found Joy Division and Nick Drake will bring you back to normality when you are back home. 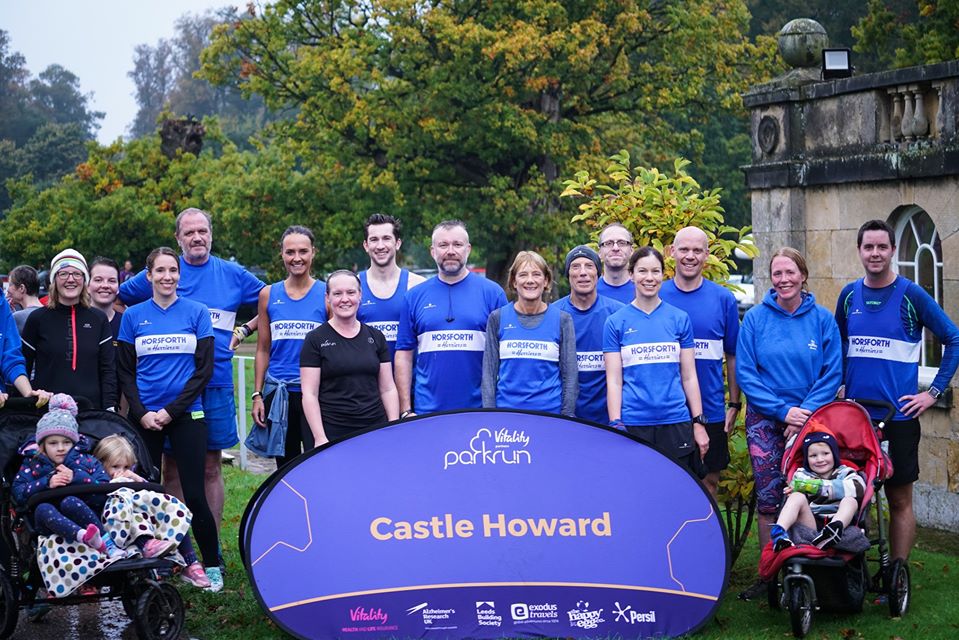 On tour with the Harriers parkrun group

This year I set myself a target of getting comfortable at 10 miles and to run a half marathon. We’re now in December and I beat last year’s Vale of York time by over nine minutes and I have ran three half marathons including Leeds (support from Weetwood Roundabout to the A65 was out of this world, thank you so much).  So, job done, feet up for the rest of the next three weeks then?

Being comfortable at 10 miles is still my target and I would like to get a sub twenty seven minute parkrun in the bag. There’s still time…… 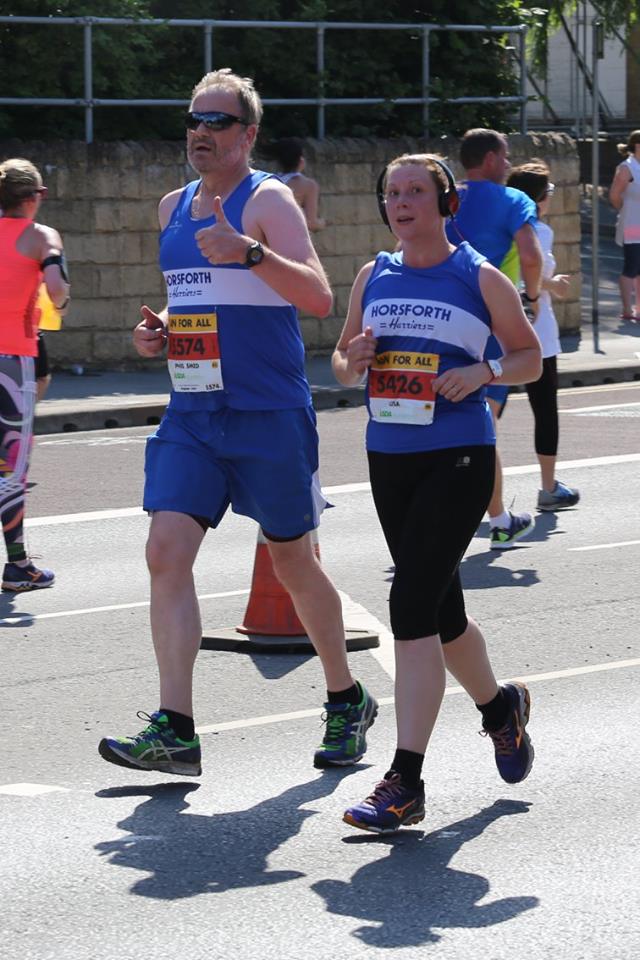 This year’s Vale of York 10 mile.  After the first mile, I thought I’d set off too quick.  The second was similar, and then the third and the fourth etc.  I was running at my 10k pace but had nearly four miles more to run.  I was sure I was going to crash and burn, but somehow everything came together and I kept the pace to the end.  It was only my third ten-mile race, the finish time of 01:38:20 won’t win any awards, but I was buzzing for days afterwards.  I had run ten miles at sub ten-minute mile pace, I didn’t know I had that run in me. Proper achieving!!!!

Having said that I was chuffed that Bramley 27:46 was my parkrun pb for 11 months until I eventually beat it at Armley 25 parkruns later.  Achievement in my books.

Harewood 10K.  Disaster, I ran wearing ankle supports on both sides due to Achilles problems. I had not ran for three weeks hoping the Achilles would clear up and I don’t think I had run up anything I would class as a hill, probably not even a gentle incline.  This was my first 10k and I was determined I was going to do it.  I ran, walked not knowing how far I had gone (what’s a Garmin?) and hated the marshal that told me I was nearly at the top when I was only half way up.  I forced myself to run the last two miles or so (I think) and crossed the line at 75 minutes.  Mixed emotions on how I’d done, but I had finished and it was probably the hardest physical thing I had done in my life.  Achievement, of a sort.

I really like Wetherby 10K and had a decent run this year after not finishing last year, but I think Golden Acre Relay takes the prize. I have run the last leg both times and nearly got lost (both times), but the support you get from every club lining the path as you run down the hill towards the finish field is amazing.  It is such a well supported run and a great event that make everybody involved feel part of the running community of West Yorkshire.

This must be the Rombald Run for Marc.  I was petrified arriving at Aireborough Leisure Centre equipped with my brand new aqua pack that I didn’t know how to use.  Off we set, through Emmerdale, across fields and moors, uphill and down dale. We stopped for a photo with the quicker group at Baildon Moor Trig (when the quicker group caught us up).  Then on we went through bogs and small lakes, with the odd fall or two, a couple of people dropped out arranging to be picked up.  As I recall, in a delirious moment we even invented Chuck Scanlon the American film star come Horsforth runner.

What made it special for me was when we started the decent to Ilkley.  Suddenly there where dozens of blue and white vests heading in all directions.  It gave me actual goose bumps.  Then when we got to the station we were everywhere, dirty sweaty Harriers all over the platform smiling and grimacing, sharing jelly babies, flapjack (some looking like bird feeding balls having rattled around for 11 miles Carolyn).  I think that was the day I felt a real Horsforth Harrier.  Achievement. 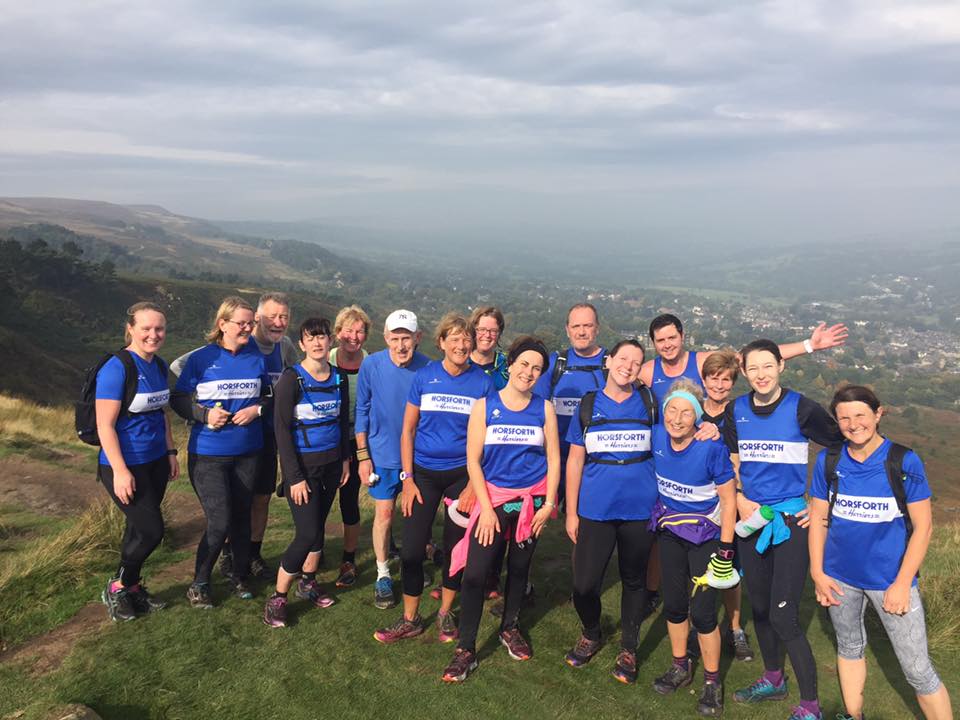 I don’t have any quotes, but one thing I picked up from Garth is that when I’m finding it hard going I break down my form and how I’m running and improve it so I run more efficiently and it also diverts my thoughts from the struggle.

Oh, sorry one quote does come to mind “don’t be a fanny”

This is multiple choice right?

1) Not going to have to go through the pain I suffered when I started running ever again.

5) In touch with some amazing people 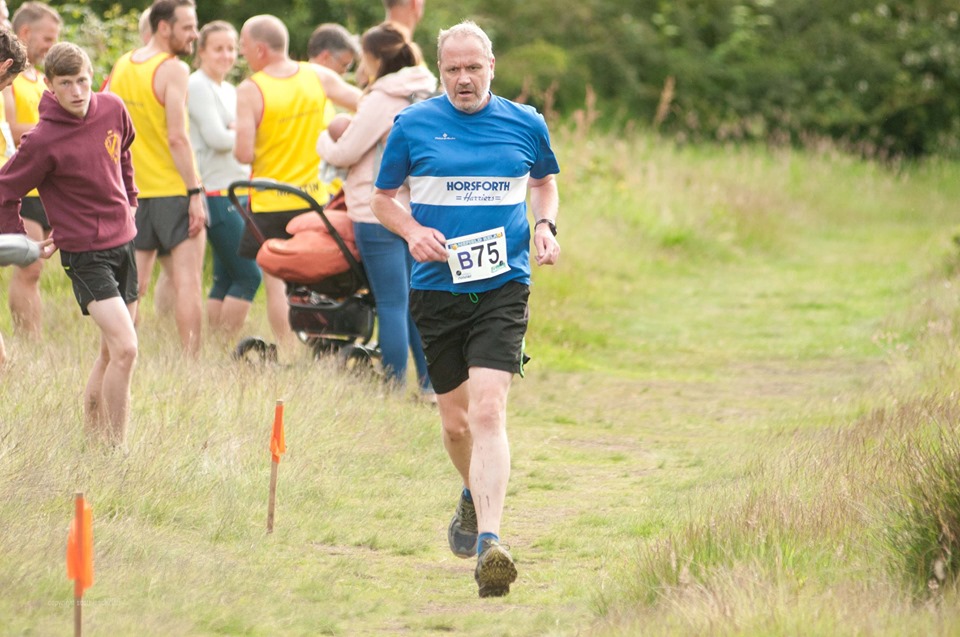