I joined when I was 59, which would make it about 2005. I only joined because my daughter Wendy didn’t like crossing Hall Park in the dark! 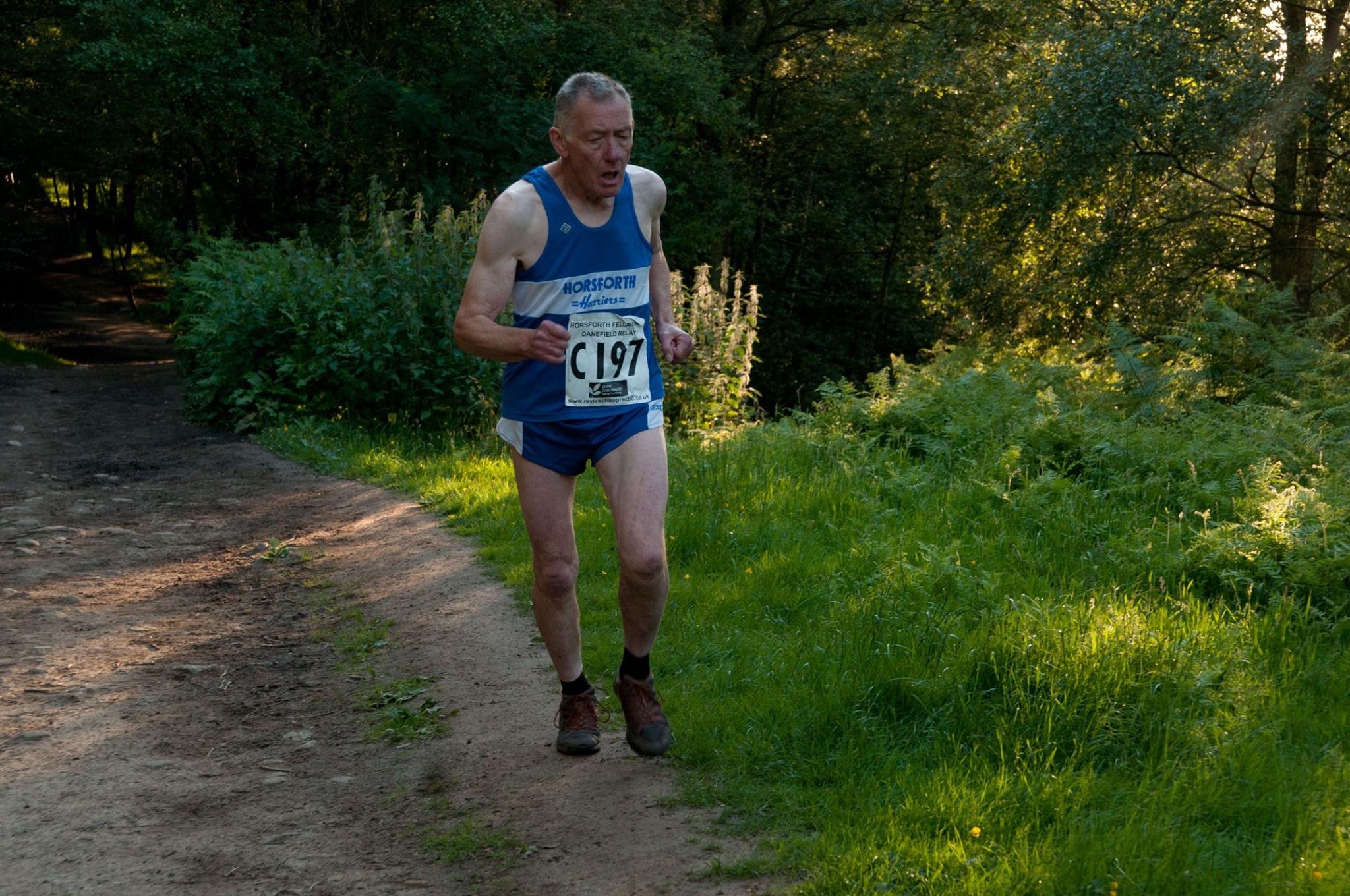 I am generally bringing up the rear with Debbie & Jane’s group. What’s not to like with lots of women and two or three men? Loved Keith’s group for his routes (to die for!) and found a spiritual home in Helen’s group. Slowing down caused my cascading!

I never had goals but simply to run (and hopefully beat the person in front of me!)

PBs have never bothered me but if pressed I would say the middle one of my three marathons, which was Windermere Marathon. I did it in 3.00.13 (and no, I wasn’t disappointed that I didn’t break the 3 hour barrier). That was 1982. 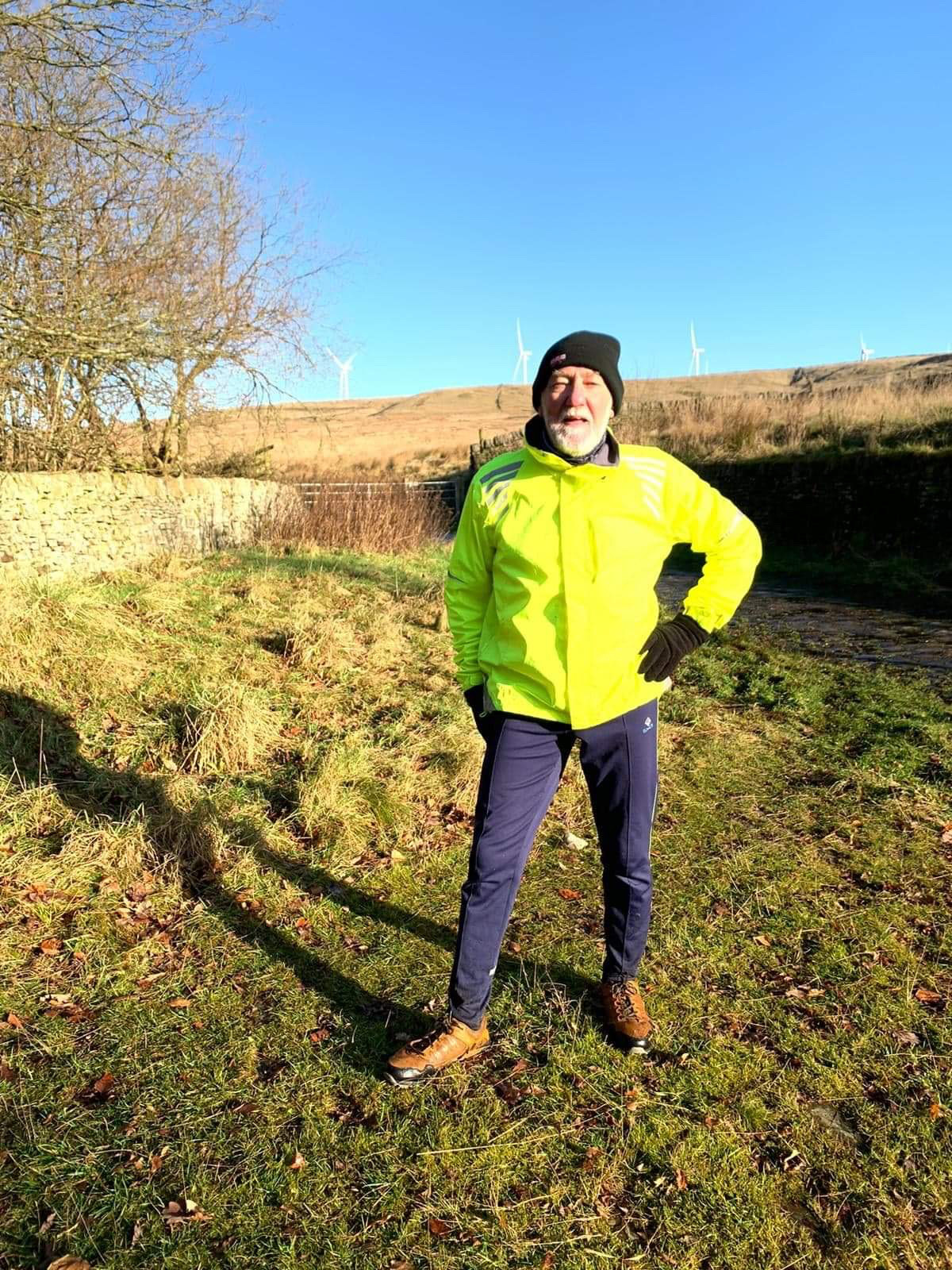 My first race in the seventies (I was unattached) was a 2 lap 10 miler around my home town, Shaw. I was followed around the course by the sound of feet slapping the ground and on looking around I saw a elderly man (probably like me now!) in black plimsolls, black shorts & a white singlet (Alf Tupper?). I couldn’t shake him off but he didn’t pass me! 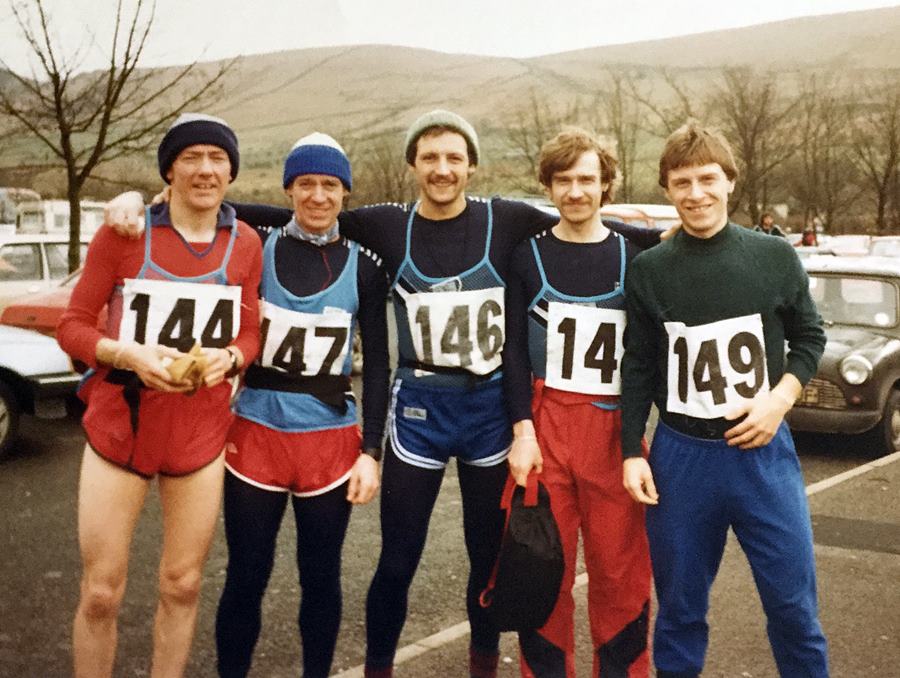 Sporting the trademark short shorts back in the day…

My favourite race is a choice of three:- Three Peaks, Ben Nevis or Karrimor Mountain Marathon and I’ll pick the Three Peaks if only for the fact that approaching Ribblehead there was a guy with a megaphone letting the spectators know tidbits about the runners & he announced “here is no.322 Pete Scanlon, 2nd in the Manx Mountain Marathon,” which was news to me as I’d never been to the IOM! Unfortunately for me Pat Kelly, a fellow Rossendale Harrier,was behind and heard this. It was topic of much mirth around the club for weeks!

I have always liked doing the Leeds Country Way Relay and my partnering with Steve O Hara, Keith Park, Ian Taylor and Kelly Squires in the four I’ve done were all memorable experiences. 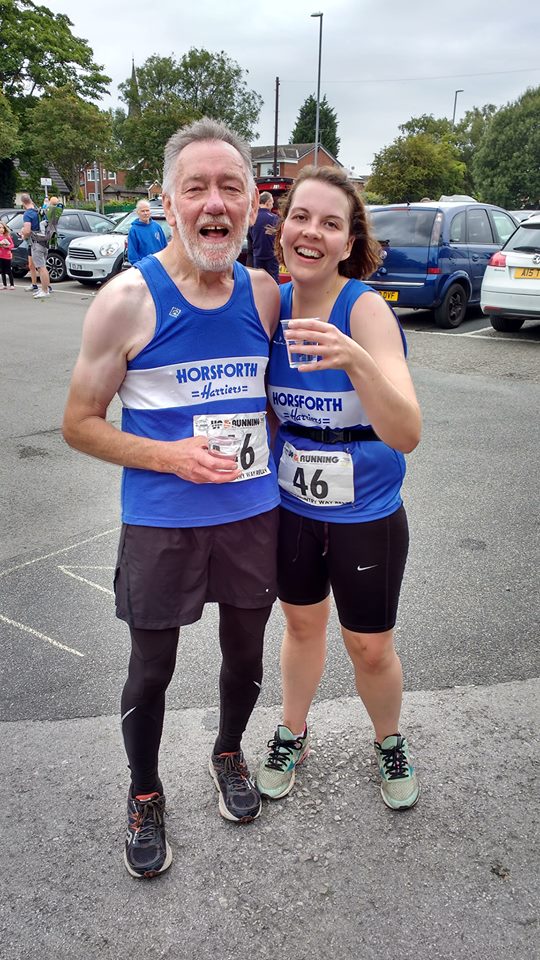 With Kelly Squires at LCW 2017

I have been inspired by ALL of the runners in my three running clubs – Rossendale Harriers, Pudsey & Bramley Harriers, and of course, Horsforth Harriers! 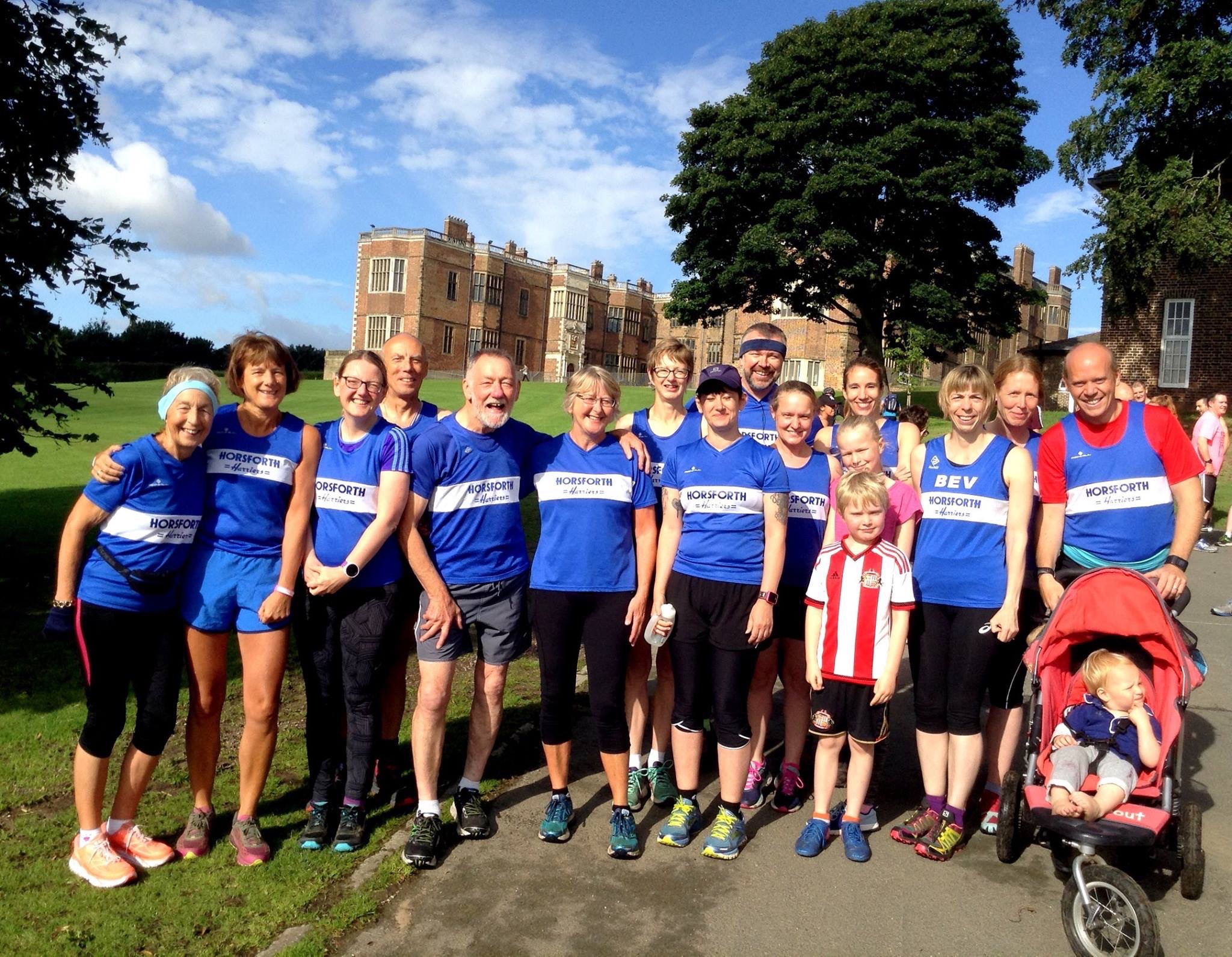 Touring with the Harriers parkrun group 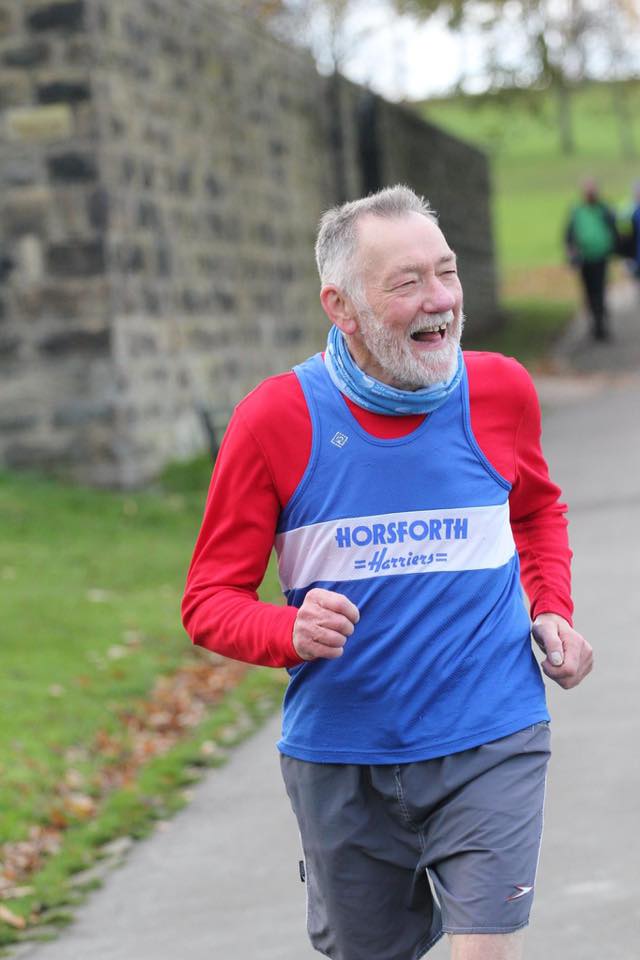