I honestly can’t remember but I think it must be around 8 years, although I’d been running for a long time before that.  My wife Maria, was keen to join so I thought if I joined as well, we would encourage each other to get out each week.  Originally I was running with groups lead by Gordon, Keith, Tina and the much missed Marc Springer, before deciding to go with Maria in Deb’s group to lead some off-road routes.

I normally take a group on Tuesdays which is a good challenge for an IT worker with no people skills. I do however love looking at maps and really enjoy planning the routes, trying to never do the same one twice in the same year. I’ve always considered myself to be an individual rather than a leader or a follower so it has been a great experience to try things from a difference perspective.

It would be good if the club had more group leaders to that we can continue to have smallish groups of up to 15 runners, evenly matched in pace and we have cover for holidays and illnesses. You get a great sense of pride from it and the club will pay for the 1 day leadership course, so go for it!

Would like to end the year having taken part in all three of the big relay events, Calderdale Way, Bradford Millenium Way and the Leeds Country Way.  Being able to compete in these is I think the best thing about running with a club. I’ve already done Leeds (twice) and now Calderdale, with just Bradford to survive in a few weeks! We have such fantastic countryside right on our doorstep and these relay events are a great way to publicise the footpaths.  The councils may even eventually find some money to maintain them properly and provide some decent signage on route.

I would also like to get my 10K time back under 50 minutes but anti-ageing drugs may need to be invented for me to achieve that. 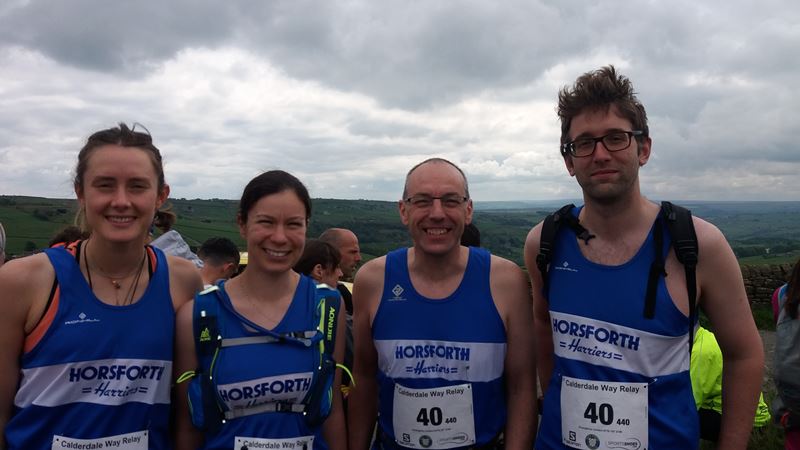 Undoubtedly 58.34 at the Chevin Chase which I think was in 2005. I’d run it in previous years getting quicker each time and soon realised I would not be able to rest in peace unless I broke an hour one year! I did lots of training and found out not surprisingly, it makes a huge difference when you do.

I’m into all adventurous sports and whilst at university in Leeds, I was a member of the caving club, a sport which can certainly rival running for mental and physical trauma. One year, the Cave Rescue Organisation organised a 10K run from Clapham in the Dales and a few members of the club including me, decided to enter, (see photo). There were some very fit people in the club and although I ran less than 50 minutes, I was way behind all of my friends. I decided I must get better! Chap on the right of the photo is Javed Bhatti, now a slightly famous ultra runner who once completed the Spine Race, (Pennine Way), turned around at the end and ran back, (presumably to pick up his car). 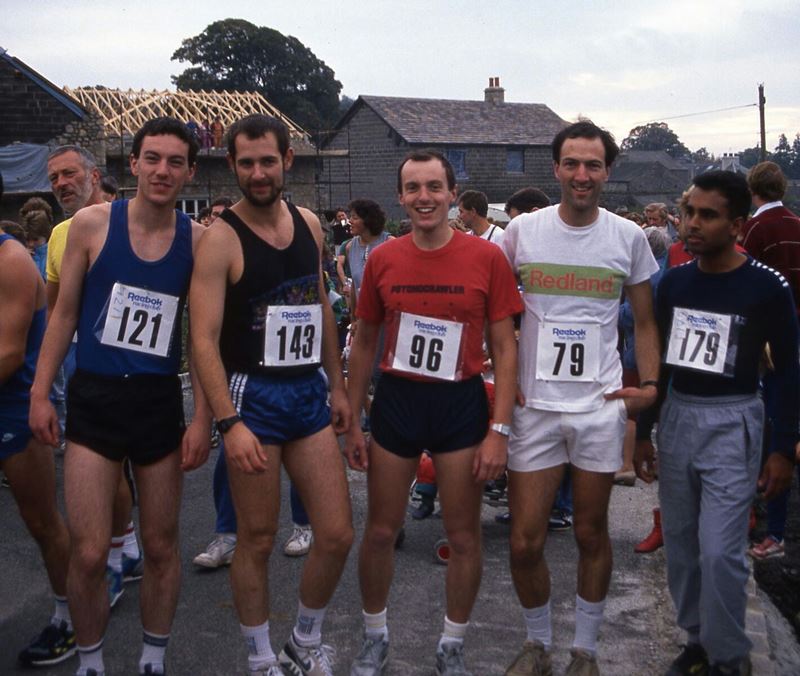 The aforementioned Chevin Chase as it gets you off the sofa at Christmas. It’s a really tough but not ridiculous challenge and there is always a good turnout of people supporting. I also prefer running in cold weather and love the fact that even if you set out running in horrendous weather, you’ve usually forgotten about it after a few hundred yards.

Probably competing in my first Leeds Country Way. I was a late replacement on leg 4 which is the hardest one, had not done much training and turned out to be the hardest run I’ve ever done.

As for motivation, I just look at the runners in their seventies that finish miles ahead of me in the vets races. I keep telling myself I’ll beat them when I’m retired and can train properly. The enthusiasm and dedication of the younger and faster club members, is also a great motivator. 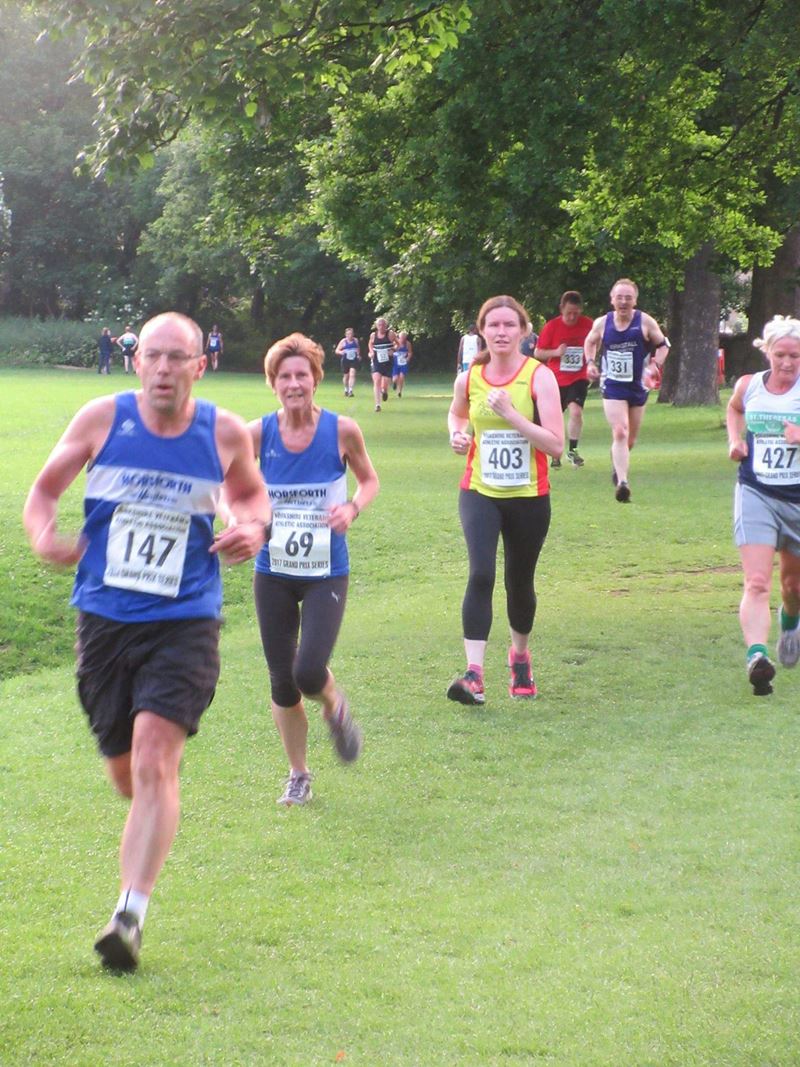