I have been a member of the Horsforth Harriers for over 7 years now and started coming to the club to lose some excess weight after my father said to me in passing, “You’re looking a bit overweight” (jokingly of course). What more motivation do you need to lose weight than that of your father who has always been slim (even at 70+ years old) noticing that I am looking a little portly around the belly area from one too many pints of beer. So my time with the Harriers began and it’s probably the best thing that I could’ve done as I’ve made new friends, found a love for long distance running I didn’t realise I had and learnt so much about the local area from the historical and informative club runs with Andrew Charles.

On a Tuesday night I normally hang on to the back of Nathan’s group and thoroughly enjoy the winter training sessions as they are structured and therefore each week you know exactly what you are working towards. I also run with either; Mark Smith or Martin Coates on their many different runs around the local area.

My running goals for the year ahead were to get a PB in a 10k and break 66 minutes for a 10 mile road race, I have entered about four 10 mile races this year to enable me to achieve this target.

The first 10k I completed was the Dewsbury 10k in February and after talking to fellow Harriers I had my race plan organised. Race day came, very cold but otherwise perfect conditions and set about my pace target times, pushed hard from the off and finished with a new PB of 39:09, totally unexpected but a great start to my year.

Then, in March I completed the Thirsk 10, my first 10 mile race of the year. I was looking forward to this as I’ve completed this race 4 times and know the course well, again race plan organised off I went. Conditions were again good with a slight breeze but otherwise a sunny day. There is a small section after about mile 6 where you have to complete an out and back along a road and I never enjoy this and my pace dropped off as a result but I came out of the road and knew the finish wasn’t far away so I put my head down and went for it. I finished in 65.43, WOW another PB.

This means that I have already achieved my targets for the year and it’s only March!

After my first major marathon in London (2016) my running came on massively with lots of PB’s and I somehow smashed my 5K PB which went down from not even breaking 20 minutes (20:10) to an amazing 18:53 at the John Carr race series. This is one PB that shocked me the most because I had not done any specific speed work to help me achieve this time. These times were achieved through my marathon training which consisted of long, slow, steady runs.

I then had the marathon bug (not contagious I hope) and the following year I completed the Manchester Marathon (2017) in a personal best time which is 3:21, mainly because I had worked so hard (as we all do) during the winter on my long runs. Also taking on board Alan’s advice and trying to make sure I completed a least 4 runs per week to help keep the mileage climbing up. I had no idea what kind of time I would do. Well that’s not the complete truth really, I had a rough idea but as you know you can never predict what will happen in a marathon as there are so many elements that could and can go wrong. It all amazingly went so well for me on the day. The weather was good, I took on board sufficient nutrition, fluids and I felt that I paced it as accurately as I could. I ended up crossing the finish line with a PB which was 26 minutes faster than the previous year in the London Marathon. 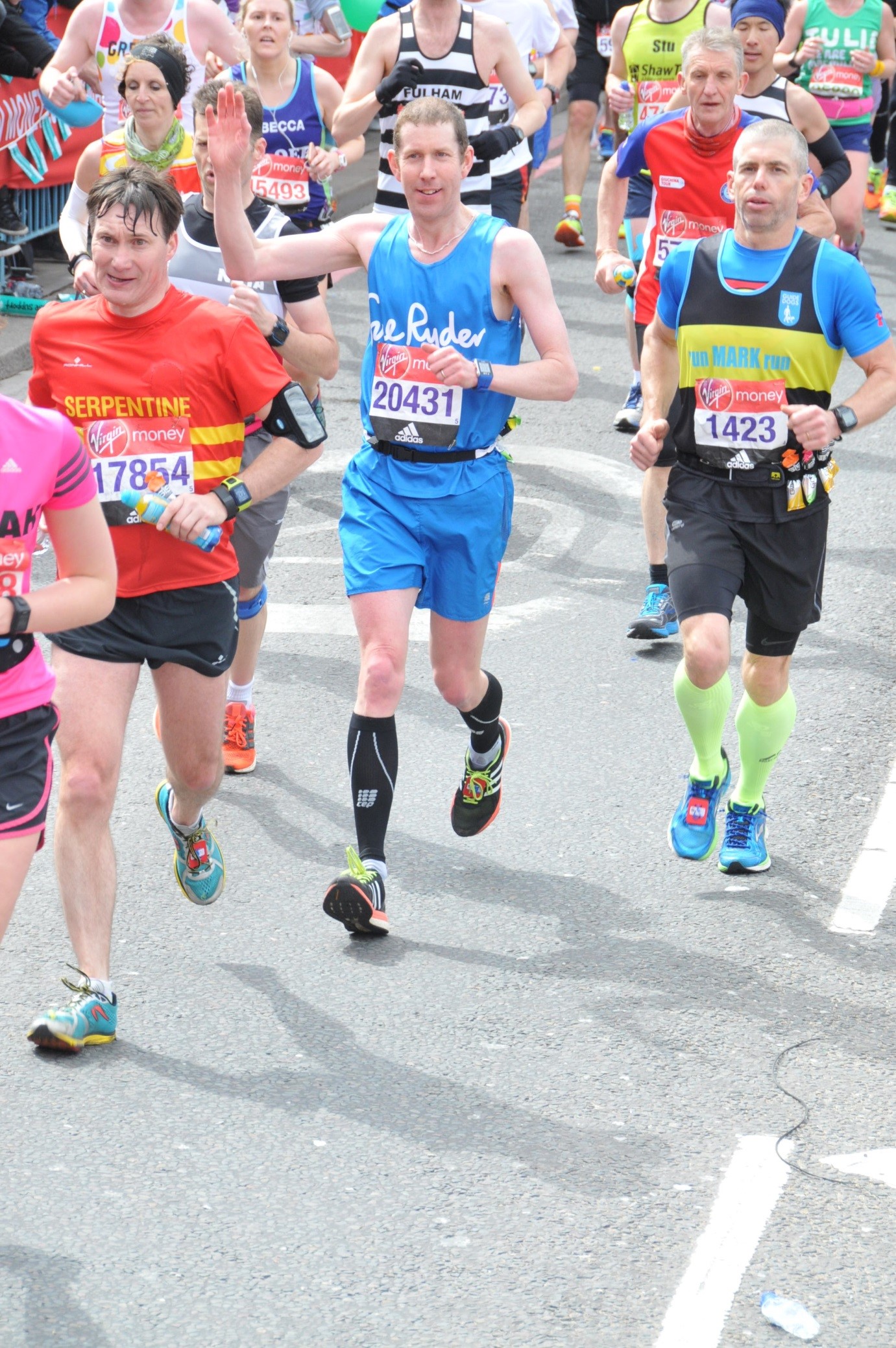 My very first race in a Horsforth Harriers vest was at a WYVAA race in Meanwood (2012) where I didn’t know many Harriers but was made very welcome and I felt part of the club quickly. It was my first taster of competing again which I hadn’t done since I was at university competing in the BUSA Track and Field championships in County Antrim (2007) over the measly distance of 100 and 200 metres. I enjoyed competing throughout my teens and into my college and university days, competing for Gateshead Harriers, gaining representative vests for the North East and the Northern Counties in track and field competitions both indoors and outdoors all over the country. My one little claim to fame is that I still hold a British age group record for running the fastest 55 metres indoors (under 17 age group), a long time ago (1990).

What’s your favourite race and why?

My favourite race has to be the Northumberland Coastal Run, a picturesque point to point run down the Northumberland coast, even running on sand and the possibility of getting your feet wet depending on where the tide is. This was the last race that my late wife Shirley travelled with me to and supported me and all the Harriers before she passed away later that year from breast cancer. So this race has an extra special meaning to me and I was devastated that I couldn’t run the race last year (2018) because of an injury I sustained after a bad fall in a WYVAA race (I will tell you about that later). 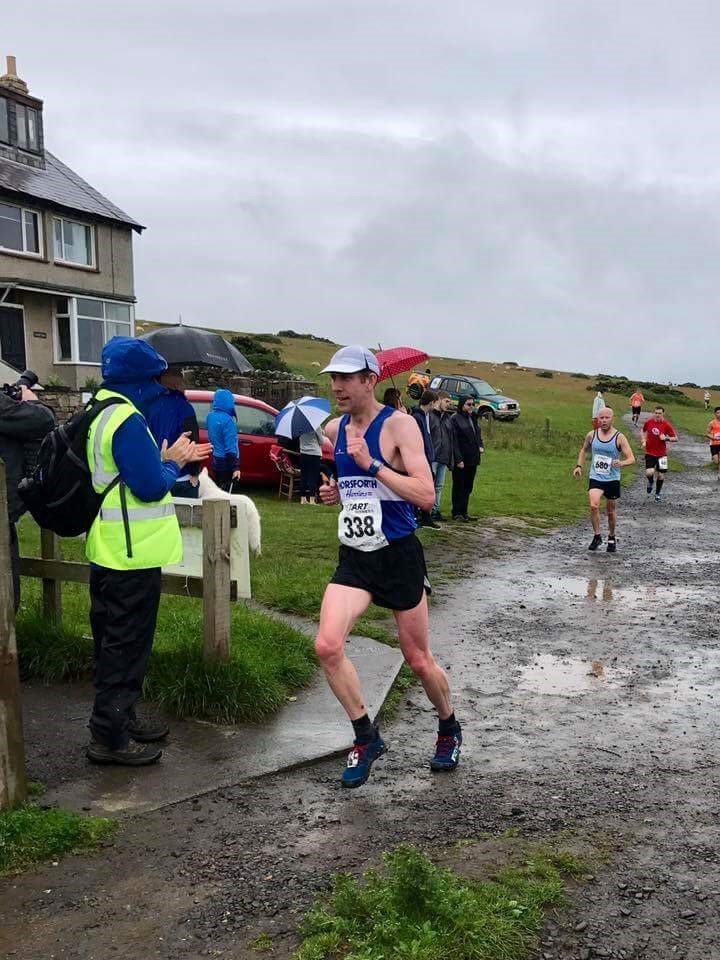 What’s your most memorable experience as a Horsforth Harrier?

This is a difficult one, as there have been so many races and experiences that I’ve had and enjoyed since I became a Harrier and I must admit that I do love to race and compete. I suppose the most memorable one was completing a substantial number of the ten WYVAA league races for the club in 2017 and at the end of the year finishing 2nd in my age category (M40).

But my most painful memory was last year (2018) whilst completing a WYVAA race at Bingley. I was running well and started high up in the pack with my head down chasing through the field of runners. I came down a slope on loose stones and took a corner too sharply and went down with an almighty thud. A very concerned marshal came to my aid and helped me up, a little dazed, grazed and bloodied , I had badly gashed my knee and hands. My enduring memory through the blood and shock of the fall was our team captain Alan Squire running past me whilst I was getting some water to flush the blood off my wounds and saying something along the lines of, “come on you can finish the race!” I then picked myself and made a mad dash to run after Alan and try to catch up with him. I thankfully finished the race and overtook Alan eventually and got the all important points for the club in process. 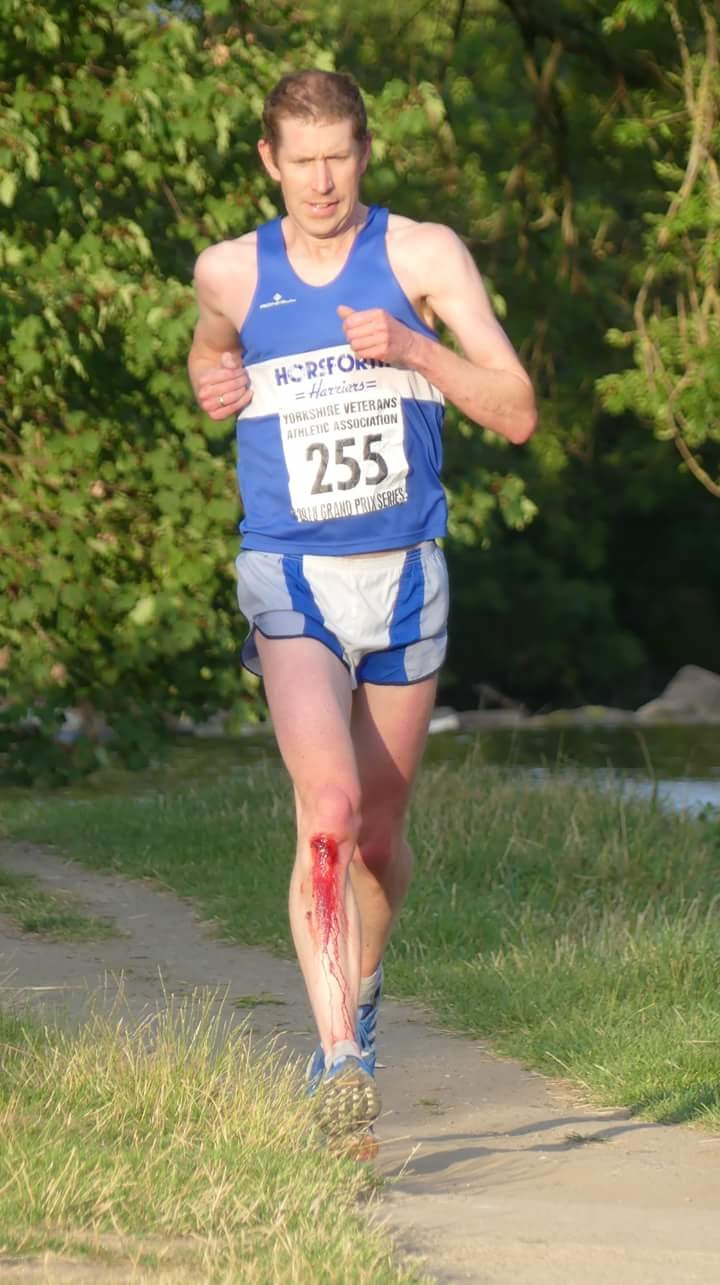 Bloodied and bruised at Bingley Vets

I don’t really have any motivational quotes that inspire me but the club itself and the fantastic people that make up the club are more than anyone would need to motivate them to run.

When my wife passed away in 2015 I was like a lost soul and felt like I had no purpose in life and didn’t know what to do. So, as any runner would do you enter the London Marathon. I managed to get a club place because I was drawn out of the ballot at the club on a Tuesday night just after she had passed away. I chose to raise money for Sue Ryder at Wheatfields Hospice as that was where Shirley passed away peacefully. The generosity of the club, its runners, family and friends helped me to raise a fantastic £1800 to help go towards the funding needed to run the hospice.

It seems to an outsider to be the most insane thing to do but for me it was logical, it would give me purpose to get out of the house, to eat (I know that sounds an unusual thing to say but I lost over a stone in weight whilst caring for her over 4 months) and a motivational goal.

All the advice I received from fellow Harriers like Alan, Angus, Richard Sunley and my old marathon training partner Martin McCleave to name but a small few was so insightful and set me on the right track to building up a training programme.

At a difficult time in my life running gave me the purpose I needed and every run I did, I did it with Shirley by my side as she always supported me as much as she could. Running in a group at the club on a Tuesday night gave me a fresh perspective on normality and that life does go on even after the tragic loss of your best friend and wife. I cannot thank the club enough for all that it and the fantastic people who make up the club and make it so special for me have done.

Complete this sentence, “I run therefore I am ……”

… fit, healthy and can drink beer and eat pork scratchings. 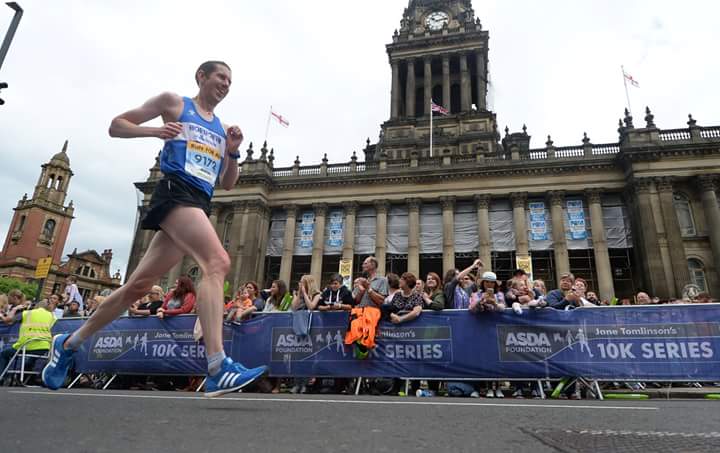 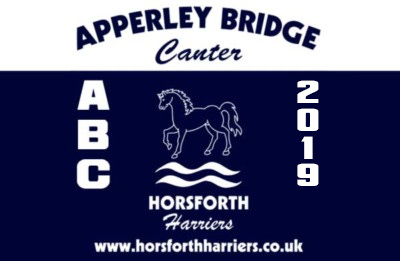