Why did you start running?

Why I started running is something I haven’t discussed with many people however I feel running has changed me as a person for the better.

In 2010 I went to the expo for the Great North Run to help my friend who was selling her sports headbands. I was pregnant at the time and not a runner. I can remember how exciting the whole thing was and it made me really want to do it at some point. A couple of weeks later I miscarried and struggled conceiving again. I ended up in quite a dark place especially as most my friends were either pregnant or just had a baby. I don’t know what clicked in my brain but I decided at this point I was going to train and try to run the Great North Run. I started on the canal gradually increasing my distance up to about 5k a couple of times a week. At the end of May whilst at the Grand Canyon I found out I was pregnant with my daughter. I continued to run up until I was 20 weeks pregnant and stopped until after she was born. I still had the desire to run the GNR so aimed to run a 10k first. The week after the 10k I found out I was pregnant with my son. After having my son I have continued to run and finally ran my first GNR in 2014. When I crossed the finish line I cried as I had finally completed what I’d set out to do. Last year’s GNR was my 5th and I’ll run it again this year too.

Running has helped me through some dark times. It has enabled me to find head space whilst having young children, given me a sense of achievement and I have made some amazing friends. I’m naturally quite shy and slightly awkward. I’ve discovered when I run I become more confident and quite chatty. 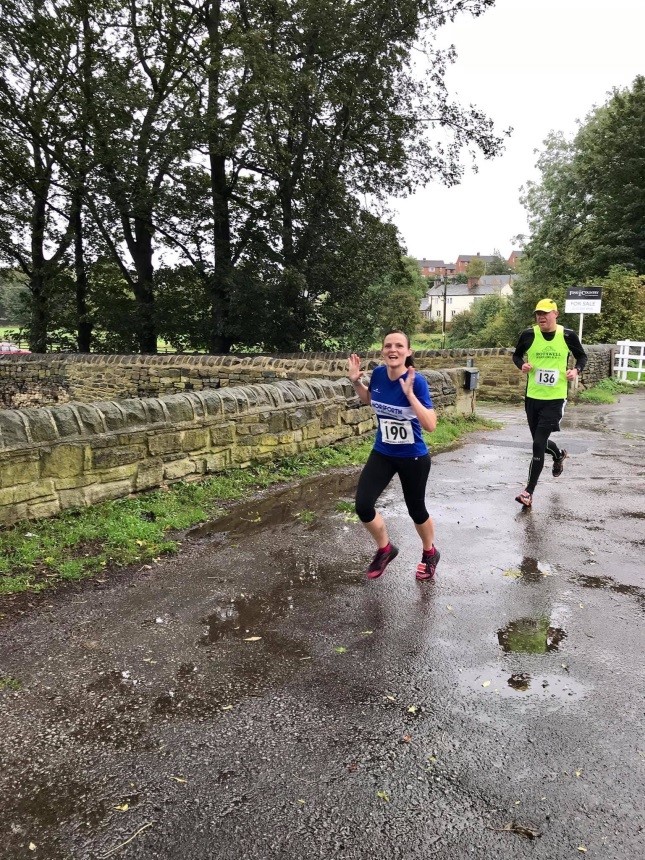 I’ve been a Harrier for 2 years now. I really wanted to join a running club after seeing groups of people chatting after a race and I was just sat on my own. I was at a kids party and started chatting to one of the mums who happened to be our ladies captain Bev Elliott. She sold the Harriers to me and joining is the best decision I have ever made.

I must have emailed Steve several times before I finally turned up and when I did half the club was a no show due to ice and snow. I’d made a plan to go that night and I did. Pete who at that point wasn’t a run leader took some of us out to Kirkstall Abbey and back.

I usually run with Martin’s group or do Andy and Garth’s head torch run. I started in Cath’s group and worked my way up via Keith/Steve’s group. 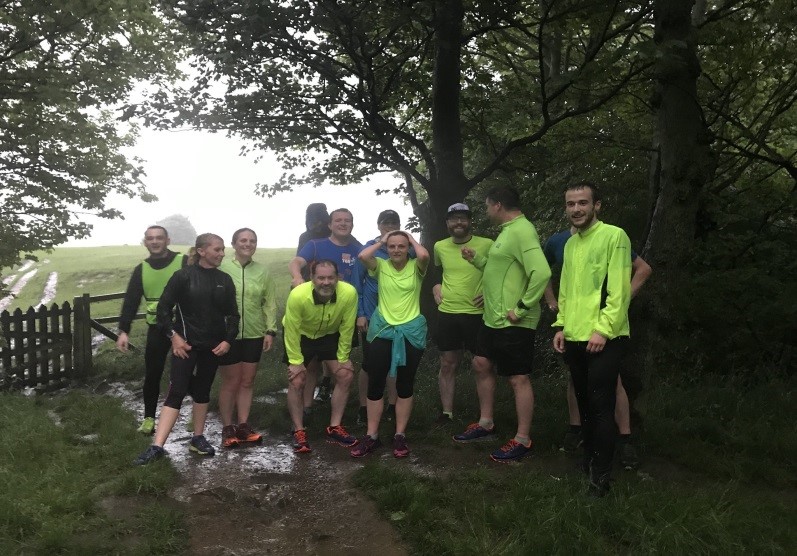 A wet one with Martin’s group…

I turn 40 this year and I have really wanted to do a marathon which I’ve never done before so I’m booked to run Edinburgh in May. There are quite a few of us going up so it should be fun.

I’m not really sure as I’m not really about the PB but if I had to say one it would be the Ilkley Half as I wasn’t expecting it. I’d accidentally booked a race every weekend 5 weekends in a row. The Ilkley Half was my last so I was going to take it steady which I did but after the first 5 miles I picked up the pace and finished it in 1.48.01. This is 30 min quicker than my first half marathon and I plan to better this time.

My first race was the Abbey Dash. My sister who was always the runner in our family came up and ran it with me although she was a lot faster than I was then.

Bluebells is my favourite race. I prefer trail running. I enjoy running through woods, getting to the tops of hills and feeling you’ve achieved something (once you’ve got your breath back) and being able to see for miles. My very favourite part of that race though was the river crossing at the end.

I’ve really enjoyed the Discovery runs over the summer. My very favourite was one last summer from Saltaire to Bingley. It was one of those perfect warm summer evenings and the views were gorgeous. 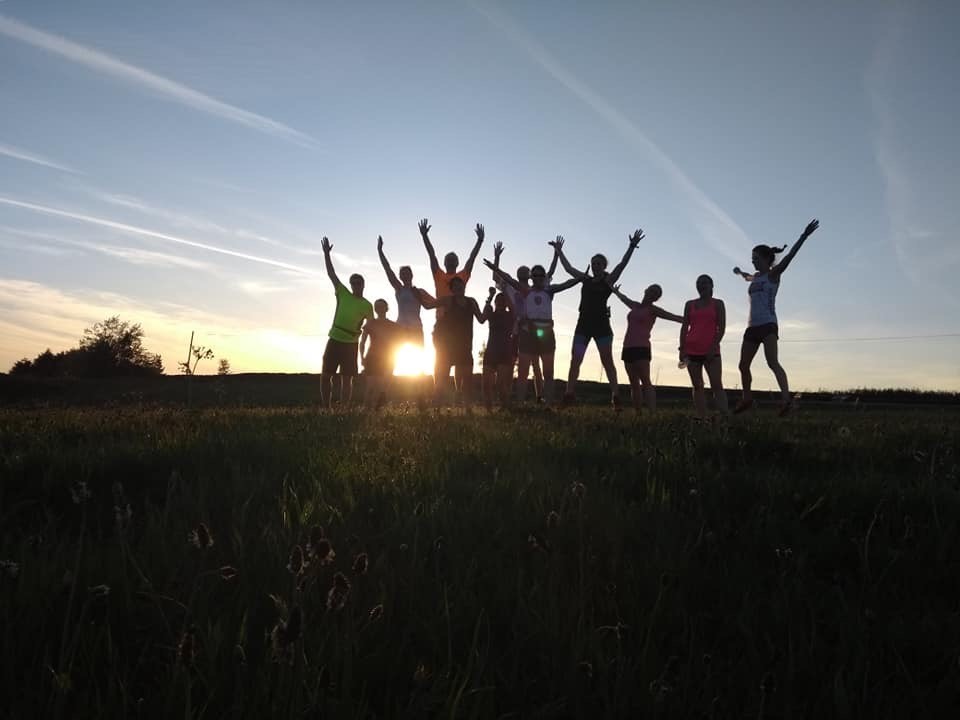 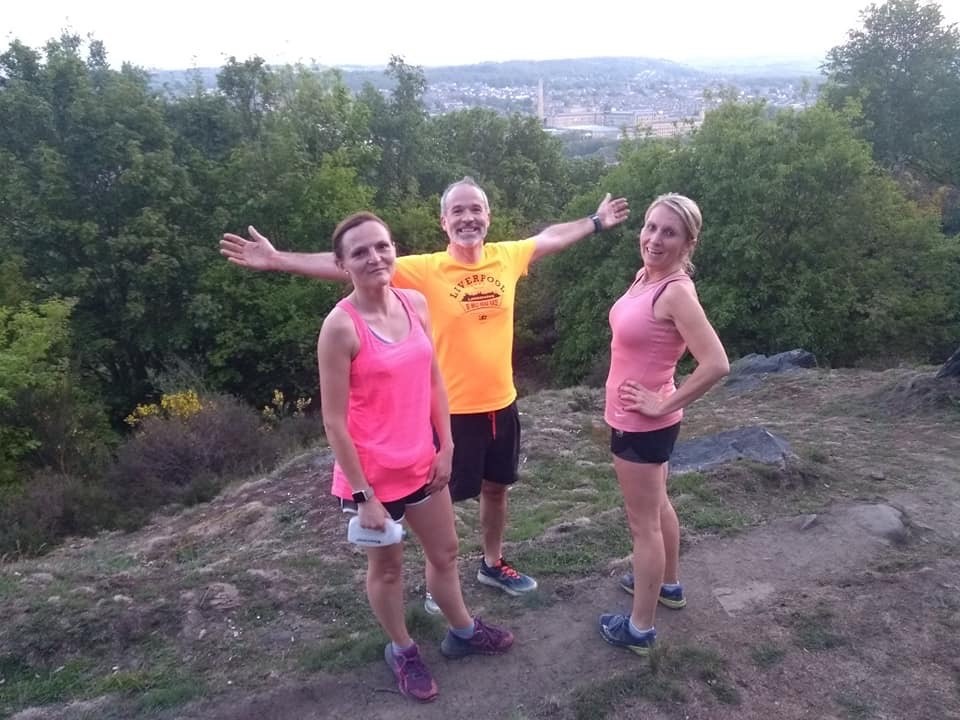 I have two. The first is: “Running is nothing more than a series of arguments between the part of your brain that wants to stop and the part that wants to keep going.” Unknown.

The second is from my daughter. She told me after her pb at parkrun that she felt as though she was chasing a rainbow and it took her to the end. She will often ask me on race day if I’m planning on chasing the rainbow and that will often help me when a race gets tough.

I run, therefore I am…free. 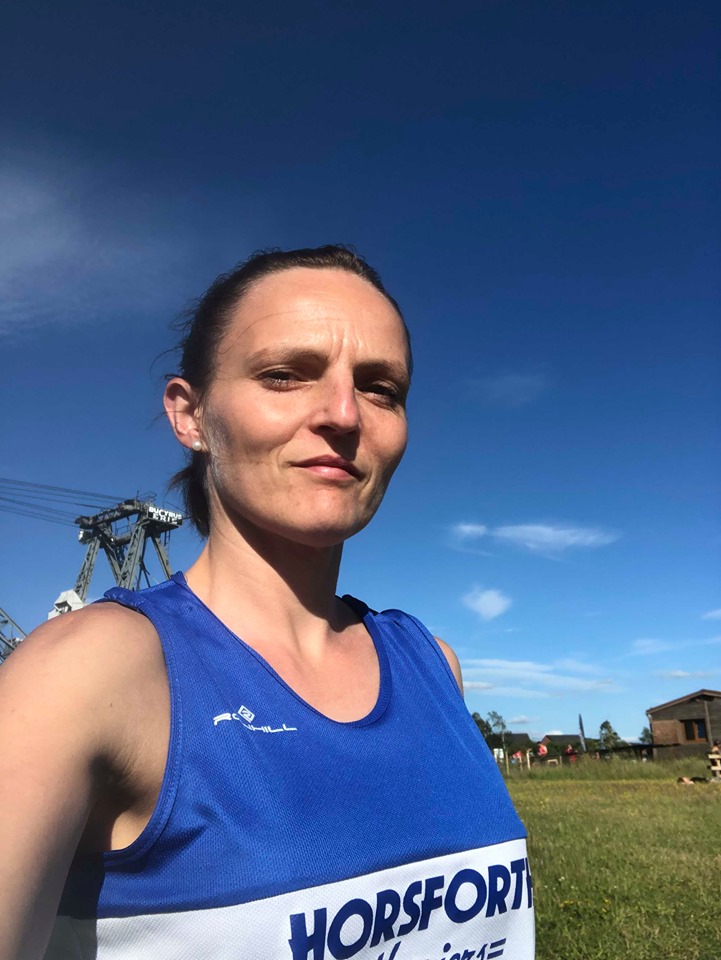