After running with my (then soon to be) wife, Laura, and on my own for a number of years I decided it was time to try out a club. Mostly because I was jealous of seeing large groups of club runners congregating at races, chatting away and me stood on me tod.

I first ran with the Harriers 21st October 2008. After being greeted and sussed out by Peter May and Marc Springer I ran in Martin’s group and this is my training diary entry from that run:

“First run with Horsforth Harriers. I think I ran with the right group for my pace. A decent route and it was good to run with other people. We included a handicap mile and a couple of big hills. I will definitely go and run with them next week too.”

We covered just over 9 hilly miles at 8 min/miles. Martin and his group were a bit quicker back then!

I was soon into PECOs and relays and being introduced to all sorts of other races. I remember my first experience of a club relay: leg 1 Calderdale in December (!) With Ken Frost. Anyone who knows Ken as a runner will recognise that I was somewhat thrown in at the deep end! I loved it and was hooked!

I do like to move between groups depending on where I am in my training. If I’m in recovery I’ll move down if I’m ramping up my training I’ll move up.

I seem to be stuck in Martin’s group at the moment. I’ll admit that doing as many long endurance events as I do now has had an impact on my speed.

I would say though that if you find yourself always at the front of a group then it is time to move up. You will develop more as a runner at the back of a fast group rather than at the front of a slower group. I spent many years at the back of Marc’s group which then became Nathan’s group. Getting dragged out of your comfort zone definitely helps you to get faster.

I do have my whole year mapped out this year. I’ve entered the Hardmoors 26.2 Series. This is of course a joke as none of the marathons measure 26.2 miles. There are 7 marathons in the North Yorkshire Moors measuring between 27 and 31 miles. I’m hoping to finish in the top 10 in the series. Consistency is key. As an aside, if I finish all the races this year I will enter into the Hardmoors 1000 mile club. 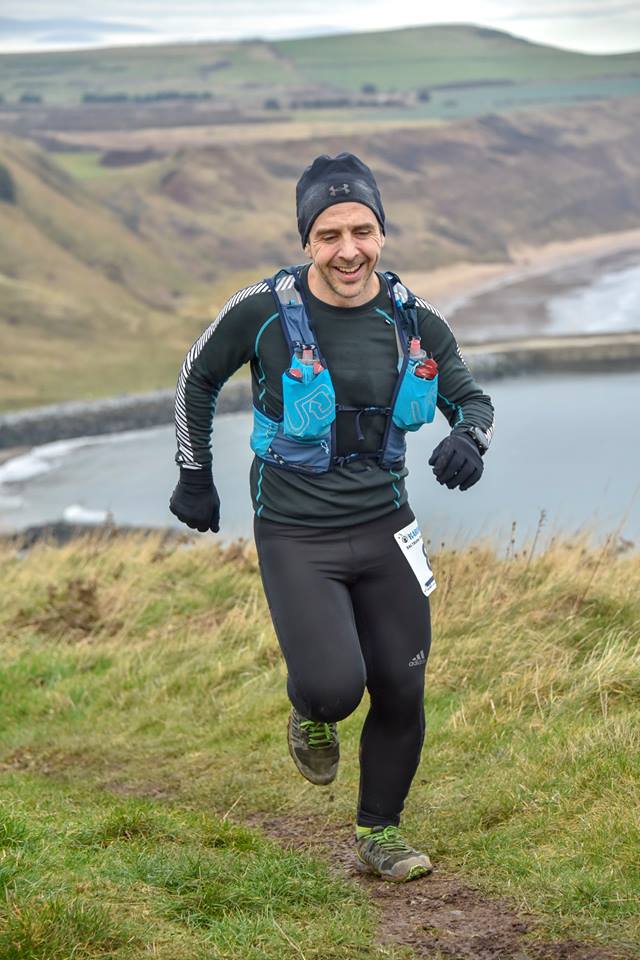 My first big target this year is the LDWA Hadrian 100 in May. The route looks amazing. Hadrian’s Wall and the Pennine Way. The Hardmoors 55 that I did last week was the longest run I’ll do in preparation. I’ve then got Blubberhouses 25 and the 3 Peaks in April as the remainder of my build up.

The second target is to get to 100 miles at Endure 24 at Bramham Park in the summer. I managed 80 miles last year on my first attempt but I think the 100 is there for the taking.

Then in August I’m going to run the entire 82 miles of the Dales Way from Bowness-on-Windermere to Ilkley as part of the 50th anniversary celebrations of the national trail organised by Punk Panther. 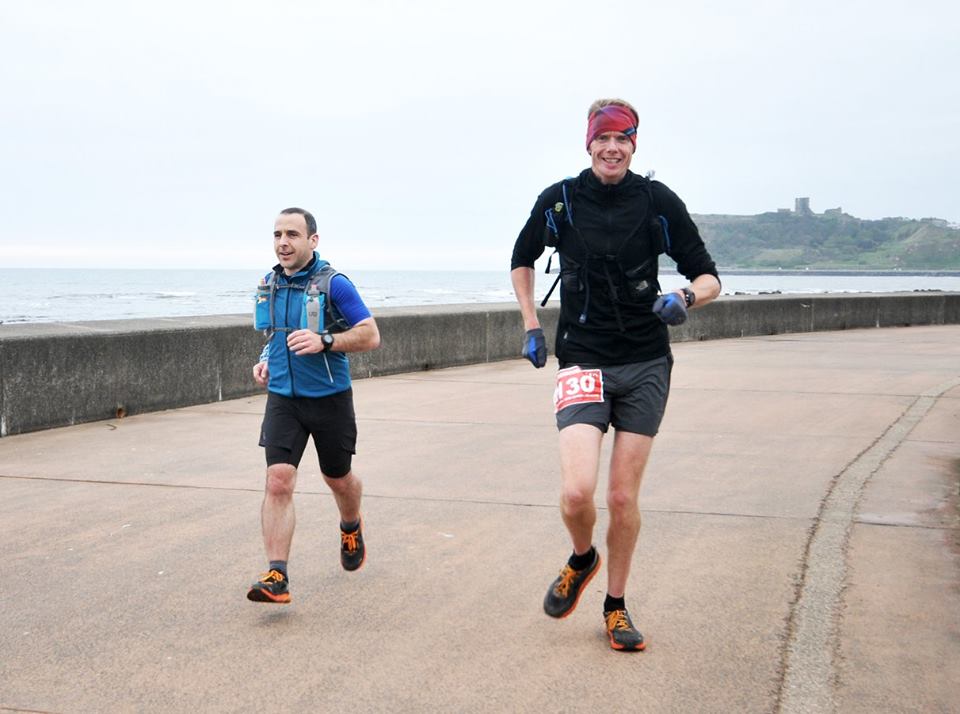 I’m torn between the Yorkshireman and Rombalds Stride but I love them both for very similar reasons. They are local, popular with Harriers, very friendly, great value, have stunning scenery and they feed you at the end! 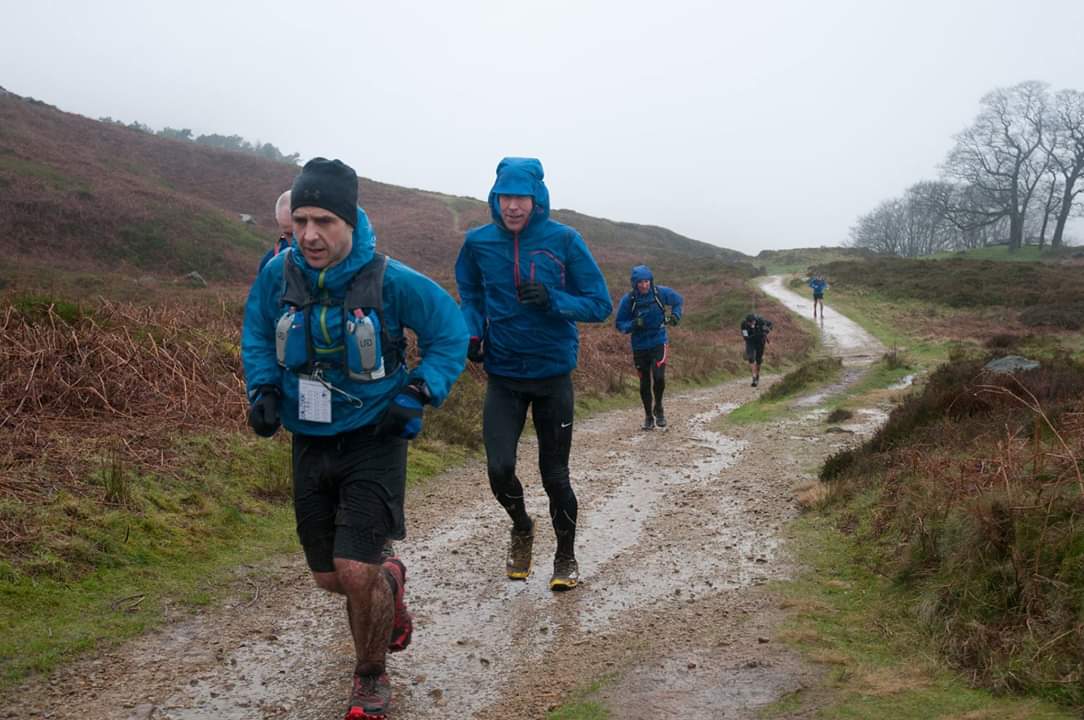 There are many: my first relay at Calderdale in 2008, my first Yorkshireman in 2011, my first 3 Peaks in 2013, supporting Nathan’s Bob Graham in 2015 but the best times are often weekend training runs in a different location or reccying a race route with friends. 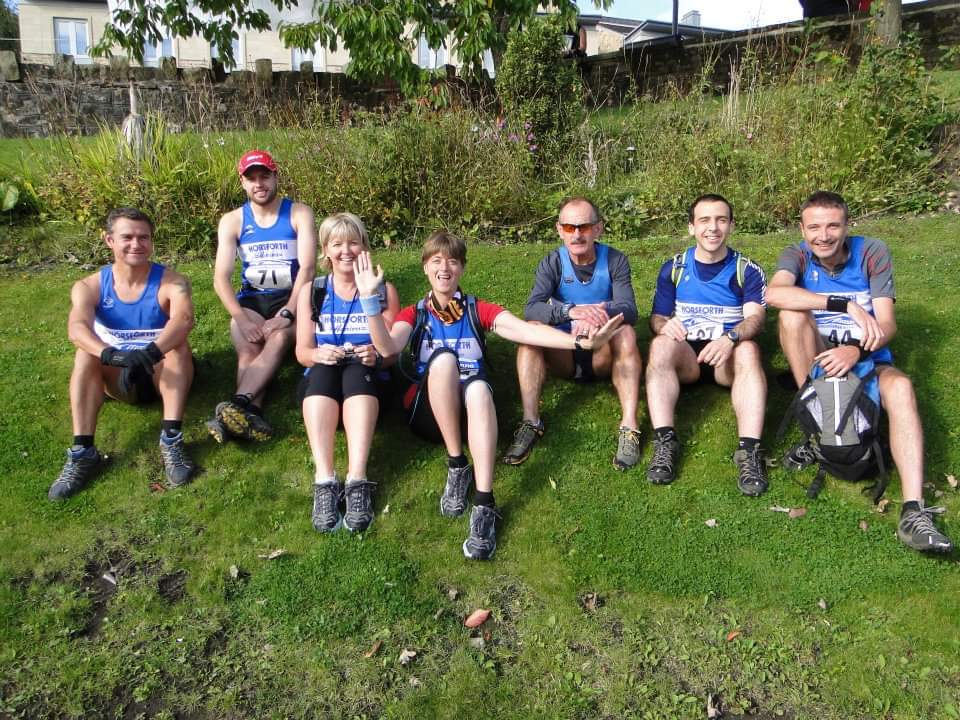 What inspires me is hearing of extraordinary feats of endurance. I love it and can’t get enough of it. That and Marie’s voice ringing in my ears as I struggle up a hill!

… not finished yet. Keep going! 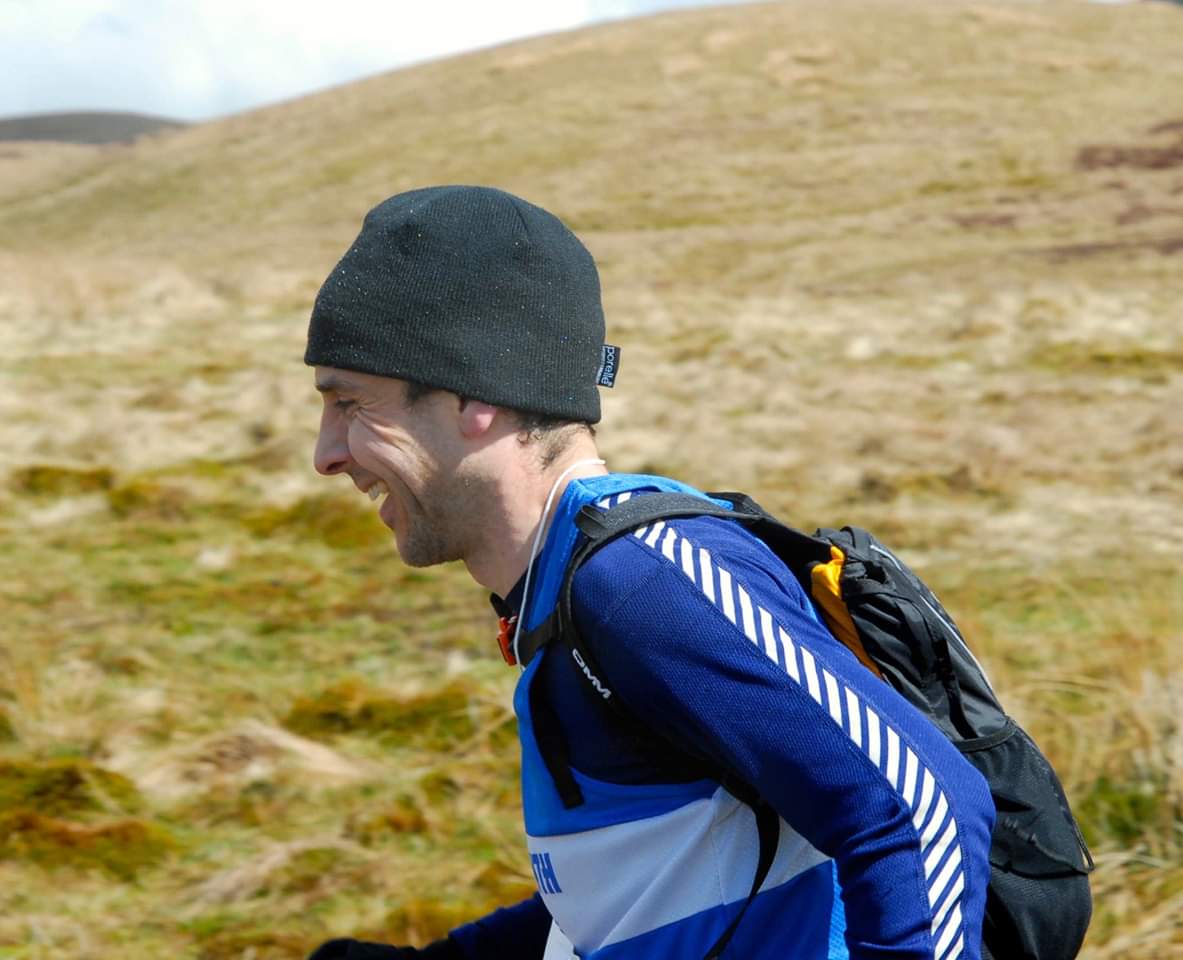