Hello chums, I’m back from the ski slopes of the Alps, where I can safely say I’ve done the fastest speeds I’ll ever do on my own two feet! Certainly quicker than running! I’m hoping to be back at the club in the near future if all goes well, once the skin has stopped peeling off my face and frightening small children. I have been down to the club recently, but only when there’s been the offer of free curry…..

Anyroadup, what I wanted to say in this blog (the one that you’ve possibly been wondering where the hell it has got to) is to say, while it is most important to take part in races, no matter where you finish, it’s equally, possibly more, important to celebrate our winners when we have them. They’ve been a bit backward in coming forward and, as far as I can see, haven’t had their triumphs reported in the weekly results sections. Believe me, I know how long it takes to glean results from the various and ever increasingly disparate sources on the interweb, having done it since, well, since I was a proper runner! So first up is a plea to be proactive and get your results into Jamie so we can trumpet them to both the club and the wider world via the website.

Having been ‘missing in (in)action’ from the club for a while it’s very possible, likely even, that what follows has been announced pre training sessions on a Tuesday evening. That said, not everybody gets down to the club and also those who we are attempting to heap praise upon may be off following their own training programmes.

Getting back to the thrust, if you will, of my point though, let’s have a big cheer first for Neil Burton who at the end of January only went and won the Sir Titus Trot Half Marathon at Saltaire. In addition to the official winner’s trophy he also came home with beer and a chocolate orange according to his pics on Facebook. If that’s not a fine incentive to run hard, I don’t know what is. 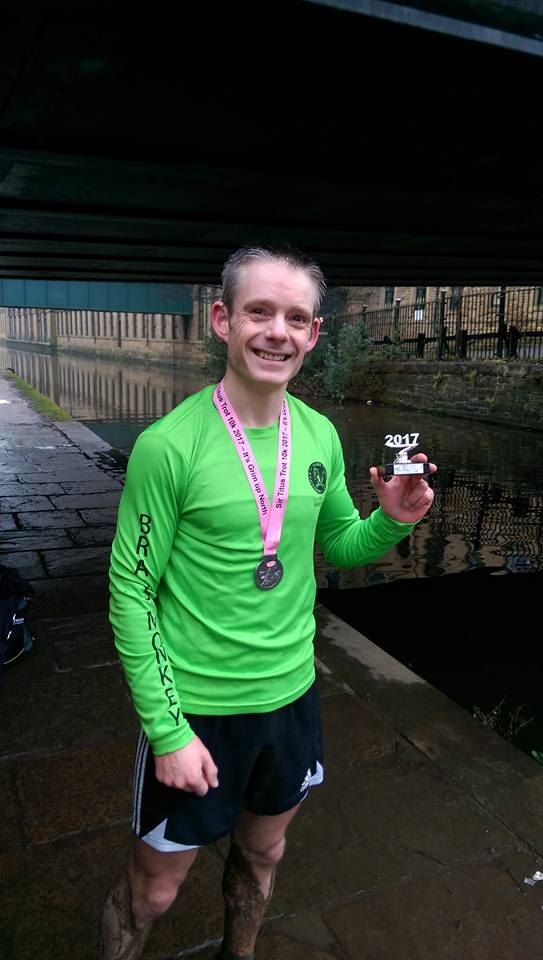 (NEIL) To the victor the spoils…and the chocolate orange.

Now we all know that our ladies are, frankly, a bit awesome. They have comprehensively blown away all competition in this season’s PECO cross country league (gents, we need to step up a bit) and will soon start the defence of their YVAA crowns in which last year they won every single category available to them (gents, if we get a few more out this year, we can be up there with them, as we clean swept the runners up places – we were preciously close to victory in all categories). I heard a whisper that our ladies had also hoovered up the team prize at the recent Spen 20 to boot.

But, as if that weren’t enough, we have had individual wins too from our female runners, first Ruth Moran romped home at the head of the Oulton Park Half Marathon and more recently Lyndsey Clegg was one half of a mixed team that claimed the Bramley Falls Tag Relays winners prize on the  weekend of March 18th/19th. 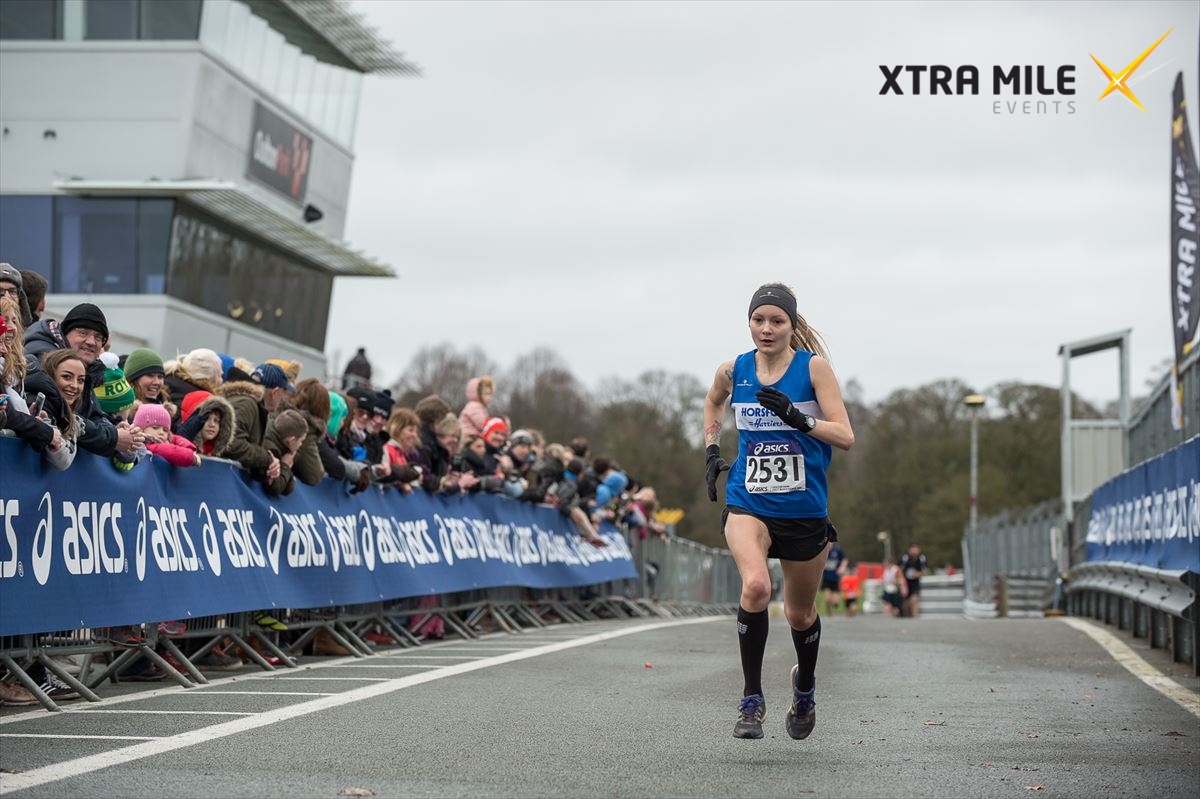 Ruth about to cross the finish line of the Oulton Park Half Marathon as ladies’ winner. Thanks to Xtra Mile Events for the pic.

So, yes, while I’m sure it is taking part that’s important for the majority of us (despite the headline), it is great to know we can mix it with all comers and carry off the trophies at our top performers’ levels. There may be even more that I’ve missed too, because they are apparently modest souls who are probably out there running like mad things instead of bashing away at a keyboard – apologies if I’ve inadvertently overlooked anybody’s individual triumphs.

It is important to recognise these achievements – I note we have also had a small avalanche of PB’s set, if not outright wins, in recent weeks too –  it’s what part of being in such a fine club is about. So please – get those results into Jamie, so we can get them out there. Not least to intimidate the opposition!

Now, looking ahead a tad, here’s a date for your diaries. April 12th. Keep the evening free, as it’s our Annual General Meeting. It is held at the clubhouse and it’s a chance to have your say on how the club is run and influence the direction it takes. Sure, I can’t tell you it’s more fun than running, but it is just one evening and it is important, so please make an effort to get there.

Right, I’m off to apply some more moisturising cream to what’s left of my face.