I’m going to be serious for once for this issue. As most of you will know we lost Marc Springer recently to the cruel disease that is Motor Neurone Disease (MND).

Most members of Horsforth Harriers will have had cause to thank Marc over the years – if you doubt me, go to the ‘Just Giving’ page set up by Nathan and read the comments, and maybe spare a quid or two as well to continue the fight against this dreadful illness. And some of us, me included, also have reason to be grateful to Marc on a personal basis, outside running. 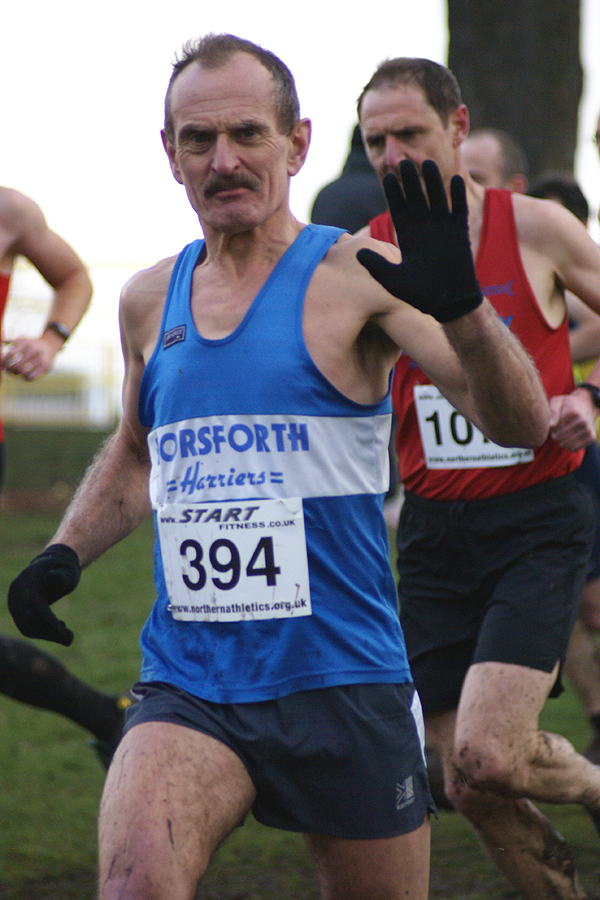 I don’t have to explain to longer standing club members about how good a runner Marc was, but because Marc was severely limited by his illness in getting down to the club in the last few years, newer, and/or younger members may not be familiar with Marc, so indulge me if you will for a few minutes. Because he was one of the good guys and hugely important to Horsforth Harriers.

That Marc was struck down by MND is the cruellest of ironies as, first and foremost, he was a terrific runner, one of our best ever, and a ball of energy with it. It didn’t matter what surface he ran on, he was strong and quick. He worked hard at his running and expanded the horizons of the club as an advocate and enthusiast of off road running, both trail and fell, and I believe was instrumental in encouraging more of our members to venture onto the fells in recent years. He ticked off road marathons, and all the other distances too, all in good, nay great, times, and ran perhaps the strangest marathon ever by a Horsforth Harrier by lapping Leeds Town Hall 100 times to achieve the full 26.2 miles. This to raise monies to benefit those effected by disasters in Honduras and Nicaragua. When 26.2 miles wasn’t enough he became, as far as I know, the only Horsforth Harrier (to date) to complete the 55 miles of the London to Brighton run.

He was our club captain for many years and also simultaneously our club secretary, a role he continued in right until the end. He was also our most highly qualified coach until quite recently and, endlessly encouraging, motivated and inspired many of our runners to achieve specific objectives, like Serena, who he coached to a medal winning marathon performance at the Deaflympics, or just to be better runners. Again, to see more evidence of this go to that Just Giving page. Clearly being a great runner himself wasn’t the be all and end all – he wanted others to be as good as they could be as well, the club to be as strong as it could be, and if he was asked to help, he always did. But he had a sense of humour too and was quite happy to laugh about it all and at himself – as anybody who remembers his fancy dress outings on the Chevin Chase can testify – who can forget the year of the ‘grumpy elf’ outfit?!! 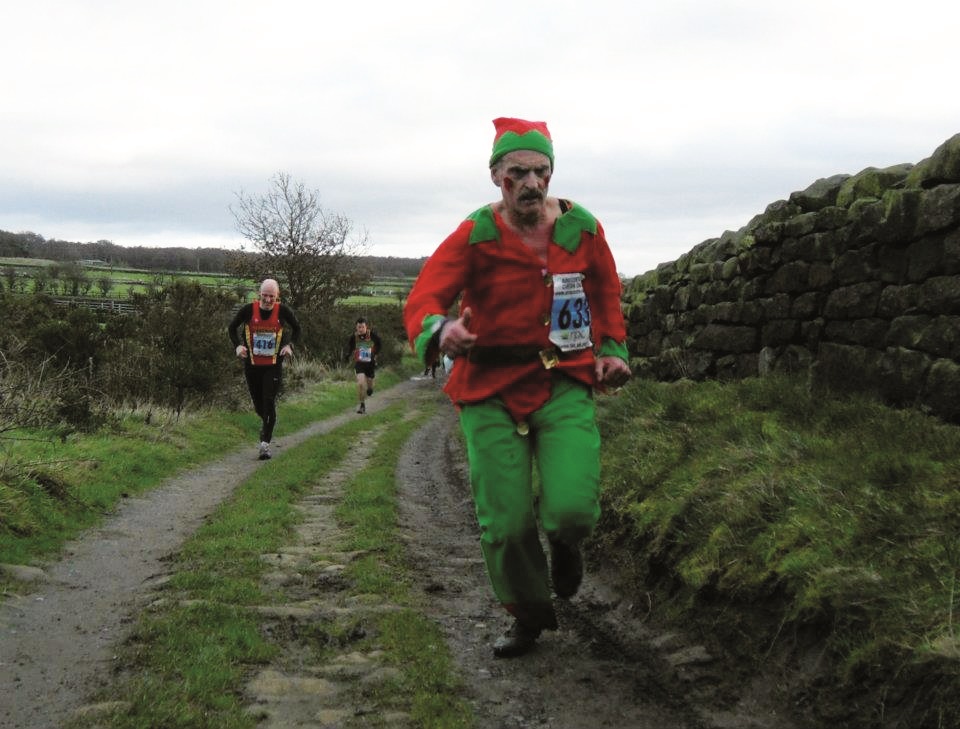 Marc as ‘Grumpy Elf’ at the Chevin Chase

He was a driving force in getting us moved to our current home at Horsforth Community Sports Association. He saw the future long before most of us did and saw that we needed a bigger, better home – and one that actually wanted us there. It was a long drawn out search but he was intimately involved in the process from its beginnings to its successful fruition.

You would think that all that running, coaching and administration would be quite enough. But it was just part of Marc’s life. He was also a talented musician, worked tirelessly for his local church, and ran his own businesses. He also raised a family that he clearly doted on. He also, at one time, turned up to races on the biggest motorcycle I have ever seen! But equally, if we travelled as a club by mini bus to an event, Marc was generally behind the wheel.

It’s a measure of the man that when he could no longer run, he still continued to make an enormous contribution to Horsforth Harriers and also turned his hand to writing books for children, not for personal gain, but to benefit those he considered less fortunate.

In short then, we have a Marc Springer sized hole in our club. That won’t be filled easily, if ever. It may not be possible. But Marc would have encouraged and inspired us to try. And when he thought we weren’t making progress or prevaricating he would remind us to keep moving forward with four short words.

So that’s what we have to do and what we will keep doing to honour our friend. Thank you for everything, Marc.

Here’s the link to the Just Giving Page Nathan set up: https://www.justgiving.com/fundraising/marcspringer