So, injured again. This time a possible teeny-tiny lateral tear in the knee cartilage. A visit to the doctor suggests that it could be one of those ‘daft’ injuries caused by something innocuous like stepping off a pavement awkwardly, except I can’t remember an instance of me stepping off a pavement awkwardly, or anything else for that matter, so I think it may be down to a simple case of ‘shit happens’. Apparently it’s caused by a twisting motion in the knee and the cartilage tears, it being the consistency of pitta bread. Who knew?

Doc reckoned it would resolve over the next couple of weeks or so, and so far he appears to be right, it is apparently on the mend. But I’m not going to run on it until I’m sure it is completely healed and will need a couple of trips to the gym to try it out before lacing up my running shoes in anger again. Also at the end of the month I have the little matter of yomping over 100 miles plus of the Two Moors Way and would like to be fit and able to walk it all, as opposed to being carted across it by car/taxi as an extra piece of baggage.

While cautious about running again it’s fair to say I’m chomping at the bit to get going, even in the reduced terms of what I call running these days. Which is odd because a week or so before my knee packed up I’d apparently lost, or at best, misplaced, my running mojo.

I just couldn’t be bothered. If the question was to run or not, then the answer suddenly, for no apparent reason, was ‘not’. I say ‘for no apparent reason’ because the last run I had with the club was the Discovery Run at Shadwell which was a lovely evening and thoroughly enjoyable apart from being subjected to the stress levels of the landlord at the Red Lion, which, to be fair, we all could have done without. But after that, the mojo made itself scarce. But this wasn’t down to any pain, fatigue or frankly, anything you could put your finger on.

A few days later, following a seemingly harmless stroll home from Otley Chevin my knee decided to give me all sorts of grief. Having had something similar happen almost two years previously to the day, I was off to the docs to try and head any potential problems off at the pass as two years before the finest medical minds in Airedale and Wharfedale had all had a bit of a – largely unsuccessful – guess at the problem. The clever money said it was gout, but this produced expressions of doubt from my GP, incredulity from a musculo-skeletal consultant, and, in the event, an MRI scan revealed there was actually nothing wrong with my knee. Not a thing. Whatever it was put me on crutches for a couple of weeks had simply got better.

But the funny thing was, while I was limping about a week or so back and applying ice packs and taking illicit doses of ibuprofen, the urge to run again returned. Curious how when you can’t or aren’t allowed to do something, you immediately want to do it. Usually, when this happens I notice every runner in the streets and suddenly there are loads more of the blighters than I’ve ever seen before, to the point where I’m almost convinced they are doing it deliberately to rub salt in my wound.

Of course, any discussion on running would say that we all need to rest up or take a break at some point. I believe it was the late, great Belgian runner Ivo Van Damme (another for the ‘Name ten famous Belgians’ game, there) who used to take two weeks off every year and eat badly, drink and smoke cigars. After that, it was back to the training and lifestyle which saw him win two Olympic silver medals. Perhaps we all need that periodic ‘switch off’ occasionally to reinforce how much we love to run.

Ultimately, I’m really not sure there’s a lesson in this, except to listen to your body and, yes, the aforementioned ‘shit happens’. But we all probably go through it to some degree at one time or another and when we discover how much we miss running and long to get back to it, well, we know we’ve got our mojo working. 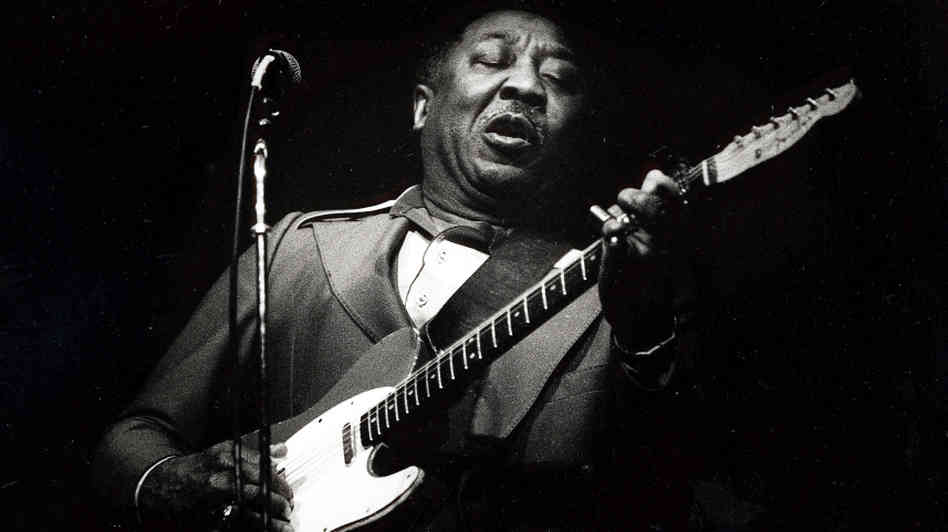 McKinley Morganfield, or Muddy Waters to you sonny, an acknowledged expert on getting mojos working.